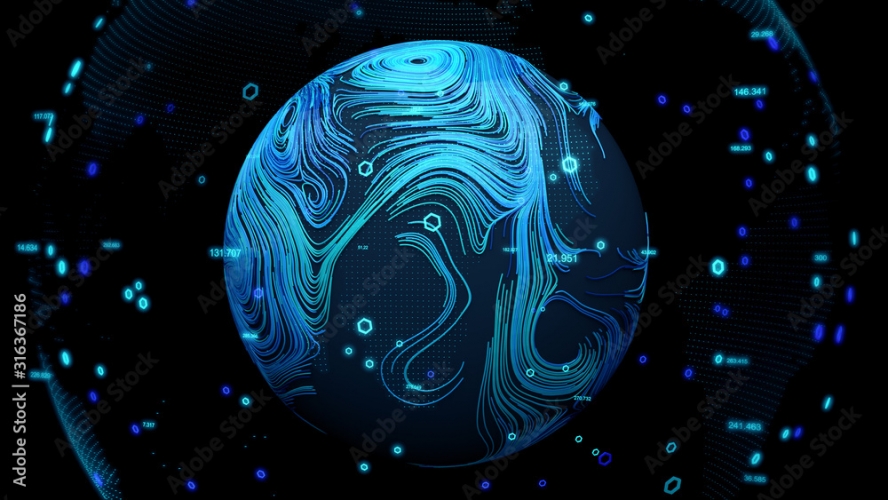 Data scientists work with a wide variety of data. Some of that data likely includes street addresses or coordinates (e.g., latitude and longitude). However, most data scientists have not explored spatial data’s true capabilities (and complexities). There are benefits to working with a simplified view of reality known as spatial data models. Let’s consider two primary spatial data models – discrete and continuous - and learn when to use them. Discrete spatial data denotes known locations with a known boundary (such as the political border of the State of Tennessee). In contrast, continuous spatial data is estimated and does not have a known border (such as where the ocean temperature is at 59 degrees).

Vector data are commonly stored as ESRI Shapefiles, consisting of a .shp file and several sidecar files (i.e., .dbf, .shx, .prj) that are all kept together in the same folder. While ESRI Shapefiles are an old and somewhat outdated standard, most public data sources provide geospatial data in this format. Therefore, a data scientist is very likely to encounter ESRI Shapefiles. Alternately, vector data may be stored using proprietary ESRI File Geodatabases (.gdb). More recently, vector data are available through an open and non-proprietary file type known as a GeoPackage (.gpkg). Using Python GeoPandas – which uses the Fiona file handler powered by GDAL (the Geospatial Data Abstraction Library) – all of these file types can be read and explored.

While discrete data are intuitive, working with continuous data adds complexity. Continuous or thematic spatial data can include representations of noise pollution, terrain elevations, precipitation, or wind speed. Data-collecting sensors cannot easily be placed on a perfect grid. Therefore, such information is calculated between discrete data points. Continuous data are frequently represented using raster files. Much like a digital image where each pixel represents a color, the ‘pixels’ of raster files contain data representing values such as a water temperature.