By John R. Vile
Other articles in Laws and Proposed Laws, Pre-First Amendment 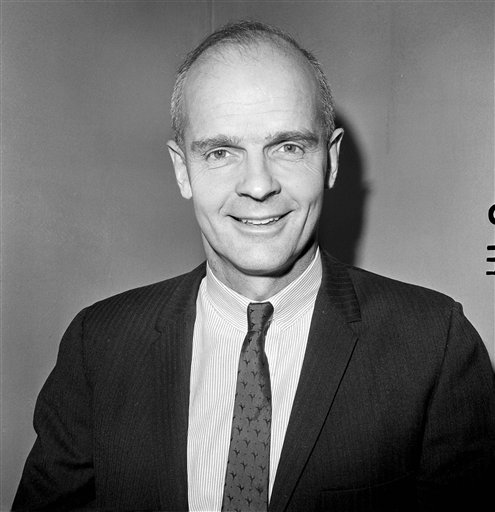 The speech and debate clause of the Constitution protects Congress members from lawsuits for what they say during legislative activity. The Supreme Court held that the remarks of U.S. Sen. William Proxmire (pictured here) in a newsletter criticizing a behavioral scientist's work as a waste of taxpayer dollars was not protected under the speech and debate clause. (AP Photo/Henry Griffin, used with permission from the Associated Press)

The speech and debate clause, which appears in Article 1, section 6, of the U.S. Constitution, was written before the First Amendment and has a more limited scope.

The clause, whose inclusion reflected the development in England of an independent Parliament, states that “for any Speech or Debate in either House, they [members] shall not be questioned in any other Place.” It follows a provision, now largely moot, that prevents the arrest, for civil cases, of members traveling to or from sessions of Congress.

The general purpose of the speech and debate clause is to protect members of Congress from having to worry that anything they say in the course of legislative activities will implicate them in a lawsuit.

In United States v. Brewster, 408 U.S. 502 (1972), the Court distinguished between “purely legislative activities,” which the Speech and Debate Clause protected, and merely political activities, which it did not. In Gravel v. United States (1972), the Supreme Court extended the speech and debate clause to protect congressional aides, described as “alter egos,” for work in connection with such speeches, but limited the privilege to “legislative activity.”

It refused to extend the privilege to the subsequent publication of materials read in congressional debates — in this case the Pentagon Papers.

In Hutchinson v. Proxmire (1979), the Court permitted a defamation suit against a senator for derogatory comments made in a newsletter and in forums other than the Senate floor.

In Office of Senator Dayton v. Hanson (2007), the Court ruled that lower courts did not have jurisdiction in a claim against a U.S. senator’s office by a former employee. The senator’s office had sought immunity under the speech and debate clause.

U.S. Senator Robert “Bob” Menendez from New Jersey recently sought to use the speech and debate clause to shield himself from allegations of bribery and public corruption.  However, lower courts have ruled that his lobbying activities on behalf of particular clients are not protected, and the Supreme Court decided not to review the case.