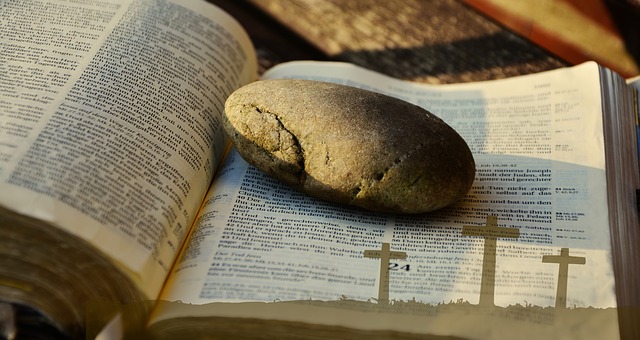 Various failed attempts have been made to add a Christian Amendment to the U.S. Constitution to insert language acknowledging the divine authority of God. The Constitution omits any direct references to God, which some Americans viewed as an improvment over theories of the divine right of Kings. (Image via Pixabay, public domain)

Although the Declaration of Independence refers to God on a number of occasions, the only such reference in the Constitution concerns its ratification in “the Year of our Lord one thousand seven hundred and eighty seven,” which in some reprints accompanies Article 7.

The First Amendment, while restricting the establishment of a state religion and providing for the free exercise of religion, omits direct references to the Deity.

Although some Americans viewed omissions of references to God as a distinct improvement over theories of the divine right of kings, others — including members of churches associated with the Scottish Covenant tradition — refused for a time to participate in a government without such recognition, as witnessed in the South Carolina case of State v. Willson (S.C. App. 1823), in which individuals of the covenant refused to serve on grand juries.

The Confederate constitution included an acknowledgment of God in its preamble.

Signatures for Christian Amendment presented in 1876

John Alexander, a Presbyterian layman, introduced an amendment at an interdenominational religious convention that met in February 1863 in Zenia, Ohio, to acknowledge “the rulership of Jesus Christ and the supremacy of the divine law” in the U.S. Constitution (Borden 1979: 159).

The National Association to Secure the Religious Amendment of the Constitution, which Alexander headed, subsequently pushed vigorously for such an amendment, presenting more than 35,000 signatures to the House of Representatives in 1876.

Robert Ingersoll, a popular speaker and agnostic, was among those who feared that adoption of such an amendment would undermine the First Amendment and require Congress to penalize agnostics or atheists. In time, the movement faded.

From time to time, other groups have sought to have God or Jesus recognized in the Constitution.

Coming from a very different perspective, the Ninth Circuit Court of Appeals in Newdow v. United States Congress (2002) struck down the words “under God” in the Pledge of Allegiance — a decision that the Supreme Court dismissed for want of proper standing in Elk Grove Unified School District v. Newdow (2004); an amendment reversing this decision would likely include a reference to the Deity.