By Roger Heinrich
Other articles in Laws and Proposed Laws, 1951-2007 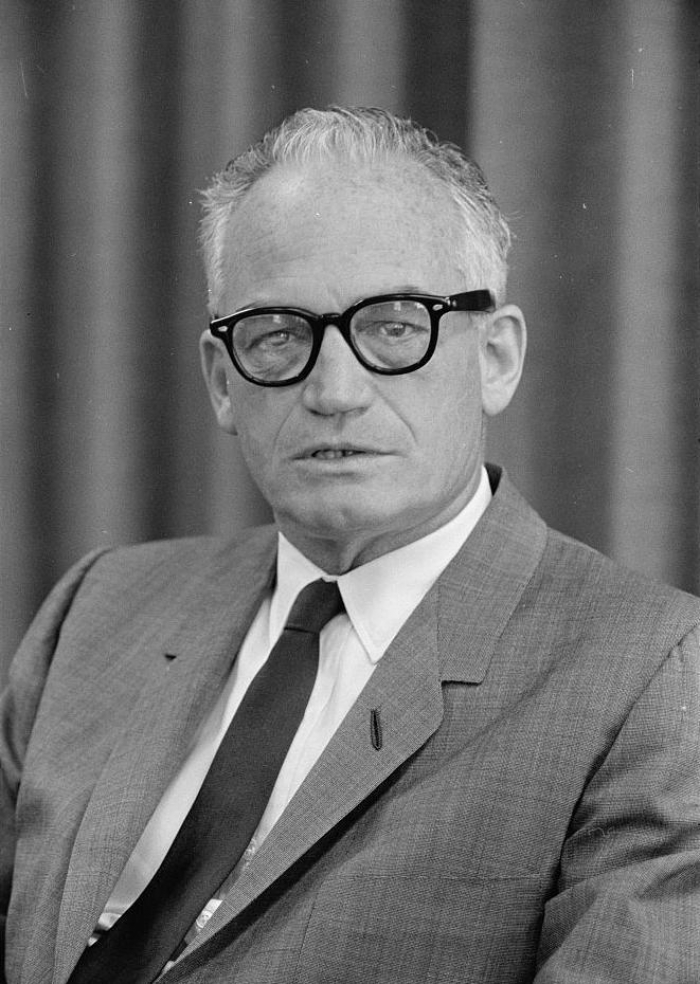 As an amendment to the Communications Act of 1934, the Cable Communications Policy Act of 1984 formally gave the Federal Communications Commission (FCC) jurisdiction over the cable television industry. The Act was sponsored by Sen. Barry Goldwater, pictured here in 1962. (Image via Library of Congress, public domain)

The act subsequently elicited several First Amendment challenges for allegedly interfering with the expressive rights of the cable industry.

The 1984 act codifies many of the regulations governing cable that had developed during the 1960s. One result was that the FCC no longer has to justify its regulation of cable television based on cable’s interface with over-the-air, broadcast television.

The four most significant provisions of the act affect:

State and local governments received power to award franchises and to determine the qualifications necessary for systems to be awarded local franchises.

State or local governments can revoke an operator’s franchise or deny renewal of it if the operator fails to comply substantially with the existing agreement, provides inferior service, proves to be legally or technically unqualified, or fails to meet the future needs of the community.

The act allows regulation of rates only for basic cable service, and then only if no effective competition exists. Cable operators claimed a victory because, given competition from other communication technologies, they perceived rate regulation as unnecessary. Those who opposed the provision argued that cable operated as a monopoly.

The 1984 act requires cable operators to set aside channels for public, educational, and governmental use, commonly known as PEG channels. The cable operator exercises little control over the content on these channels, which are used for a wide variety of programming, including but not limited to public meetings, delivery of instructional material, and student-produced television programs.

Although the cable act includes a provision punishing the transmission of obscenity over the cable system, it gives cable operators First Amendment protection for program content (unlike over-the-air broadcasters). State and local government franchisors may specify the number and types of channels and authorize public access, but cannot require specific program services.