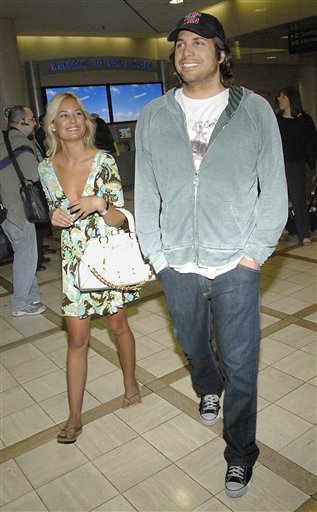 A provision in the Child Protection and Obscenity Enforcement Act of 1988 that required producers of sexually explicit material maintain records proving that individuals portrayed are at least 18 years old was used to fine producers of Girls Gone Wild videos. Here, in a separate criminal incident, Girls Gone Wild founder and producer Joe Francis exits the Los Angeles International Airport in 2008 after he pleaded no contest in Florida to child abuse and prostitution charges. (AP Photo/Dan Steinberg, reprinted with permission from The Associated Press.)

Congress has been enacting laws concerning child pornography since the Protection of Children against Sexual Exploitation Act of 1977.

The purpose of the Child Protection and Obscenity Enforcement Act of 1988 was to criminalize the transmission of depictions of child pornography via computers.

The law also required individuals who produced sexually explicit materials to maintain records establishing proof that the individuals portrayed are 18 years of age or older.

This provision was used to fine the producers of Girls Gone Wild, a series of videos featuring young females, often in party settings where alcohol is freely available, exposing body parts and sometimes engaging in sexual activity.

Congress further legislated on the subject of child pornography in the Child Pornography Prevention Act of 1996 (CPPA) and the Child Online Protection Act (COPA) of 1998. However, both of those laws were struck down, with the Court ruling that they were overly broad and infringed upon free speech rights.