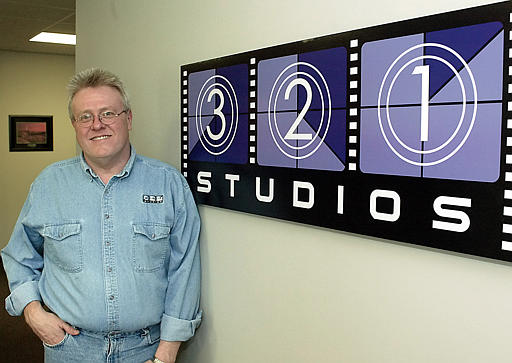 The Digital Millennium Copyright Act (DMCA) of 1998 introduced to American copyright law prohibitions against the circumvention of technological measures that control access to or use of copyrighted works. In this photo, Robert Moore, president of 321 Studios, poses at his corporate headquarters in 2003. Moviemakers headed to court to persuade a district judge to declare the distribution of DVD copying software, sold by 321 Studios, illegal under the DMCA. (AP Photo/Tom Gannam, used with permission from the Associated Press)

The Digital Millennium Copyright Act (DMCA) of 1998 introduced to American copyright law prohibitions against the circumvention of technological measures that control access to or use of copyrighted works.

Critics have focused on two DMCA provisions relating to the copyright status of digital works as the most threatening to First Amendment freedoms: the access protection provisions of 17 U.S.C. §1201(a) and the copy protection provision of §1201(b). These sections prohibit actions circumventing technological barriers to access a work, as well as the manufacture or distribution of devices or services that circumvent copy protection measures utilized by a copyright owner.

Through these provisions, the DMCA restricts access to information contained in published works as opposed to the reproduction, sale, or distribution of a work—a first in copyright law.

DMCA limits activities that may be protected by fair use

The DMCA was enacted to comply with the 1996 World Intellectual Property Organization (WIPO) Copyright Treaty requiring participating countries to give legal effect to copy-protection measures utilized by copyright owners. Citing the two provisions discussed above, many critics of the DMCA, however, argue that it exceeds WIPO’s requirements and intrudes into an area protected by the First Amendment.

The DMCA provides exemptions to its anti-circumvention rules, including pre-purchase browsing by nonprofit libraries, archives, and educational institutions, and some forms of encryption research, but its limitations on accessing works curtails activities that some critics believe to be protected under the fair-use doctrine.

First Amendment challenges to the DMCA in lower courts failed through 2007. The courts recognized that the DMCA assists copyright owners in exploiting their works in digital environments without the fear of piracy and in sustaining the act’s anti-circumvention measures, in particular against vendors of de-encryption software.

For instance, in Universal City Studios v. Reimerdes (S.D.N.Y. 2000) a programmer of DVD de-encryption software was found to have violated the DMCA by opening access to copyrighted materials. A federal district court in United States v. Elcomsoft, Inc. (N.D. Cal. 2002) sustained a criminal indictment brought by the U.S. government against a software vendor accused of wrongfully distributing an application that would make protected Adobe Acrobat eBook files freely available.

Further, in 321 Studios v. MGM Studios, Inc. (N.D. Cal. 2004), a federal district court rejected the claim of a plaintiff seeking a declaratory judgment that distribution of its DVD copying software should be deemed fair use.

DMCA's sharpest conflict with the First Amendment centers on fair use

The DMCA’s potentially sharpest conflict with the First Amendment, not yet addressed by the Supreme Court, centers on the extent to which speech authorized under the statutory fair-use doctrine, permitting limited access to and use of copyrighted material, often for educational purposes, is co-extensive with speech protected by the First Amendment.

Critics of the DMCA allege that by prohibiting the circumvention of access-protection controls, copyright owners are allowed to use a back-door regulation on speech by banning the means needed to make fair use of content.

Supporters of the DMCA contend that it only prevents actions that are distinguishable from speech, such as the act of circumventing an access protection measure, which are more like picking the lock on a door than expressing an opinion.