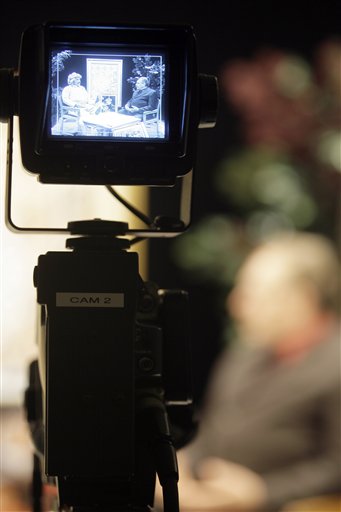 The case was brought by a coalition of cable television programmers and viewers who alleged that the act violated their First Amendment rights to freedom of expression.

Local governments impose “public access” programming requirements when they grant the local monopoly on cable service to a cable system operator. The grant requires the operator to provide production and transmission services for noncommercial programming over which the operator exercises no content control.

The 1992 act permitted a cable system operator to refuse to transmit programming, even “public access” programming over which the operator has no content control, if the operator “reasonably believes” the programming “describes or depicts sexual or excretory activities or organs in a patently offensive manner.”

Another provision of the act required operators to segregate “patently offensive” programming from other channels and to block viewer access to such channels unless viewers request access as far as 30 days in advance and in writing.

Court upheld and struck down different parts of the act

The Court upheld the act’s guarantee of an operator’s discretionary authority over leased-access programming, reasoning that such authority is essentially an exercise of editorial control by the system operator, consistent with the goal of protecting young viewers from offensive programming.

However, the Court rejected the provision allowing operators to ban offensive or indecent programming on public access channels.

Finally, the Court held that the “segregate and block” requirement limited speech unconstitutionally by requiring subscribers to undertake “considerable advance planning” to receive programming. The requirement’s all-or-nothing character was also deemed unrealistic because subscribers would have to forego programming they desired if they did not want to receive other programming on the segregated channel, or if they feared disclosure of subscriber lists.

As such, the provisions were not appropriately tailored to achieve the objective of limiting the availability of patently offensive materials to children, particularly when less restrictive means, such as the “V chip,” are available.

The Court divided over the appropriate analogy for regulation of cable television programming.

In some ways, cable is like broadcast television: it is pervasive, intrudes into the home, and is easily accessed by children.

Cable is also like print media: it does not require use of scarce public airwaves, is the private property of an operator who presumably has editorial rights under the First Amendment over what content to transmit, and is accessed by choice by paying customers.

The search for a governing analogy continues as Congress, the Federal Communications Commission, and the Court struggle over the regulation of indecent and obscene content accessible via cable, satellite, and broadband technologies.