Religious Land Use and Institutionalized Persons Act of 2000 (2000) 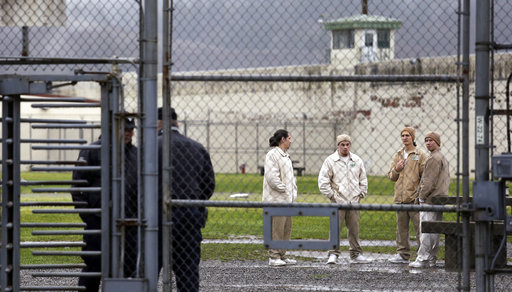 The religious liberty rights of prisoners were strengthened when Congress passed the Religous Land Use and Institutionalized Persons Act of 2000. Prisoners now have much greater statutory protection for their religious liberty than under the First Amendment's free exercise clause. In this 2016  photo, inmates mingle in a recreation yard at the Monroe Correctional Complex in Monroe, Washington. A federal judge ordered the Washington Department of Corrections to provide nighttime meals to all Muslim inmates who had been fasting during the month of Ramadan, after several said prison officials refused to do so. (AP Photo/Elaine Thompson, used with permission from the Associated Press)

Congress passed the Religious Land Use and Institutionalized Persons Act of 2000 (RLUIPA) to strengthen the right of incarcerated individuals to assert their religious principles and to help religious institutions avoid state regulations of their property through zoning restrictions.

A number of landmark cases predate and led to the RLUIPA.

In Sherbert v. Verner (1963), which had required states to provide unemployment compensation to individuals who lost their jobs because they conflicted with their Sabbaths, and Wisconsin v. Yoder (1972), where the Court had upheld the right of Amish parents to withdraw their children from schools after the eighth grade, the Supreme Court required that states show a “compelling interest” before imposing restrictions on religious entities or practices.

In examining a state law that did not provide unemployment compensation to Native Americans who had been fired from their jobs for ingesting peyote for religious reasons, the Court decided in Employment Division, Department of Human Resources of Oregon v. Smith (1990) that it did not have to apply such a stringent test in cases in which laws of general applicability happened to fall with greater force on religion.

In attempting to provide greater security for religious exercises, Congress, relying chiefly on its enforcement powers in section 5 of the Fourteenth Amendment, required courts to apply the earlier compelling state interest test when it adopted the Religious Freedom Restoration Act (RFRA) of 1993.

In City of Boerne v. Flores (1997), however, in striking down the requirement that the state apply the compelling interest test to a case involving the zoning of a church, the Court decided that Congress had exceeded its powers in attempting to dictate to state and local governments. Relying this time on its spending power and its power over interstate commerce, Congress subsequently adopted the RLUIPA in 2000.

In an establishment clause challenge in Cutter v. Wilkinson (2005), the Supreme Court upheld the portion of the act relative to prisoners. Scholars remain divided as to the constitutionality of provisions related to zoning.

A case in point is the Supreme Court’s recent decision in Holt v. Hobbs (2015). The U.S. Supreme Court unanimously ruled that Arkansas prison officials violated the religious-liberty rights of an inmate who was prohibited from growing a short beard.  Prison officials claimed security reasons for prohibiting the growing of such beards, but Justice Samuel A. Alito, Jr. responded that such an argument was “hard to take seriously.”