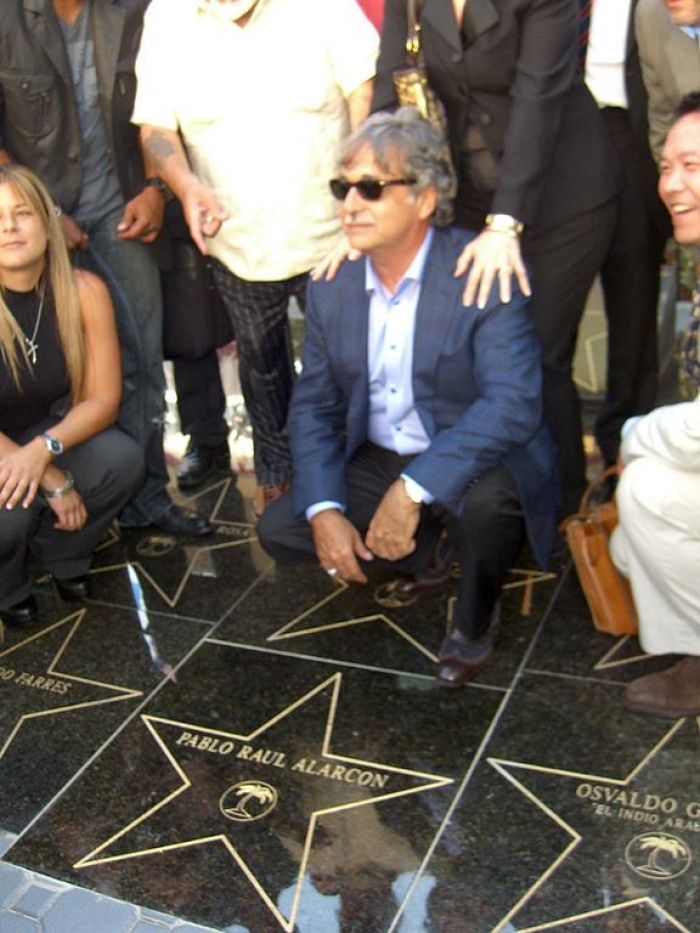 In Metro Broadcasting v. Federal Communications Commission, 497 U.S. 547 (1990), the Supreme Court, by a vote of 5-4, upheld the power of Congress to pass affirmative action policies favoring African Americans and other minorities in broadcast licensing in order to promote programming diversity. Examples of present-day minority-owned stations include the Spanish Broadcasting System. In this 2011 photo, radio broadcaster and Spanish Broadcasting System co-founder Raúl Alarcón, Jr. poses in Union City, New Jersey, where he accepted honors for his father, Pablo Raúl Alarcón, Sr. The Alarcóns started the Spanish Broadcating System which owns radio stations and television stations. (Image via Luigi Novi on Wikimedia Commons, CC BY 3.0)

Because broadcasters use the public airwaves and space on the broadcast spectrum is limited, the government, through the Federal Communications Commission (FCC), determines who receives licenses to broadcast. The process is competitive, and when Metro Broadcasting was denied a license in favor of a minority broadcaster, it brought suit.

In the cases leading up to Metro Broadcasting, the justices had largely invalidated racial quotas, or set-aside programs. But they also allowed affirmative action policies in which race was taken into account as one factor among many. For example, in Regents of the University of California v. Bakke (1978) the Court struck down a public medical school admissions policy that set aside a specific number of seats for racial minorities, but it permitted the school to consider race as a “plus factor” in admissions decisions to promote diversity in both education and the medical profession, each of which had a history of past discrimination. Similarly, Metro Broadcasting dealt with the issue of whether increasing minority ownership of broadcast licenses would promote diversity in programming.

Justice William J. Brennan Jr. delivered the majority opinion for the Court. He noted that congressional and FCC findings had revealed that more diverse programming would likely follow from increased minority ownership. Brennan said that because the racial classification was benign — that is, designed to aid racial minorities — the government policy needed only to meet the requirements of intermediate scrutiny, which required the government to demonstrate an important interest. According to Brennan, invidious racial classifications — that is, those that disadvantaged or harmed racial minorities — were subject to the much more skeptical strict scrutiny standard, which required the government to demonstrate a “compelling” interest. Brennan cited the Communications Act of 1934, which mandated diversification in the broadcast industry, as support for the FCC policy.

The dissenting justices were skeptical of the link between minority ownership and programming diversity, believing that minority owners would structure their programs in the same way that nonminority owners did: with the goal of maximizing profit. Justice Sandra Day O’Connor’s dissent rejected Brennan’s benign-invidious dichotomy, explaining that all racial classifications should be judged under strict scrutiny. She stopped short, however, of saying that all affirmative action programs were unconstitutional. Her dissent was joined by Chief Justice William H. Rehnquist and Justices Antonin Scalia and Anthony M. Kennedy.

The case was largely overruled as the Court became more conservative

Brennan’s opinion in this case was his last; he retired in 1990. His departure was followed the next year by that of Justice Thurgood Marshall, who also retired. With subsequent appointments, the Court became more conservative, and ultimately Metro Broadcasting was largely overruled in Adarand Constructors v. Peña (1995). Justice O’Connor’s majority opinion in Adarand closely mirrored her dissent in Metro Broadcasting. Yet even though O’Connor and the majority in Adarand and later affirmative action cases such as Grutter v. Bollinger (2003) rejected the benign-invidious dichotomy, they continued to allow affirmative action policies when they could pass the stringent strict scrutiny standard.