By Maurice Leach
Other articles in Groups and Organizations 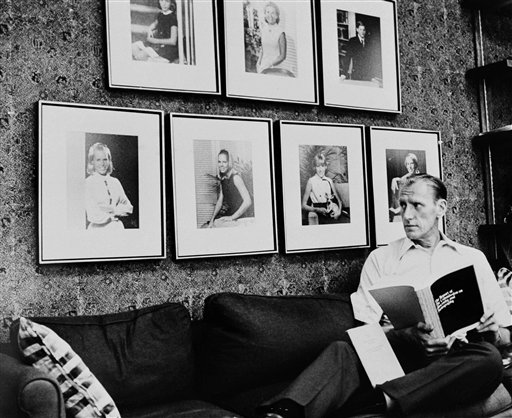 Charles H. Keating Jr. launched the Citizens for Decent Literature in 1955. In this photo, Keating sits beneath pictures of his wife and six children and discusses his fight against pornography on Oct. 21, 1970 in Cincinnati. (AP Photo, reprinted with permission from The Associated Press.)

Citizens for Decent Literature (CDL) was one of the earliest anti-pornography groups in the United States.

Charles H. Keating Jr., an attorney and later financier, founded the group in 1956 in Cincinnati, Ohio, in the wake of his daughter’s sexual assault.

Keating believed pornography to be the cause of a good deal of sexually motivated criminal behavior. Through CDL, he sought to inhibit the sale and purchase of obscene materials and to pressure at times indifferent prosecutors, judges, and police officers into enforcing anti-obscenity statutes.

By the end of the 1960s, the group had 300 nationwide chapters and counted four senators and 70 representatives on its honorary committee.

CDL provided legal advice to municipalities seeking to prosecute retailers selling sexually explicit films and publications. Its lawyers prepared and distributed extensive reviews of changes in obscenity legislation to prosecutors around the country and assisted local police and prosecuting attorneys prepare for litigation and appeals in obscenity cases.

It also formulated key legislative initiatives and provided expert witness accounts for legislative committees. The group filed amicus curiae briefs for 27 anti-pornography cases examined by the Supreme Court between 1963 and 1971; nearly two-thirds of the rulings in those cases were unfavorable to the group.

Another failed campaign involved an adult theater in Orange County, California, that the group argued was a magnet for various criminal elements, among which it included voyeurs and homosexuals.

Group helped in prosecution of retailers of pornographic material

During the administrations of Ronald Reagan and George H. W. Bush, lawyers for Citizens for Decency Through Law participated in a long-running prosecution of merchants proffering pornographic material. Its representatives threatened retailers with criminal indictments in various localities unless they agreed to stop distributing the material. An array of federal judges and civil liberties groups criticized the tactic because it included material protected by the First Amendment as well as that outside its protection.

In 1987 Keating’s problems with a federal investigation of Lincoln Savings and Loan, a company owned by the American Continental Corporation, which Keating directed, drew him away from his anti-pornography crusade.

In 1989, after the bank went bankrupt, Citizens for Decency Through Law re-formed as the Children’s Legal Foundation, with no association to Keating. This new group expanded its obscenity focus to include rock music and devil worship.