By David L. Hudson Jr.
Other articles in Groups and Organizations 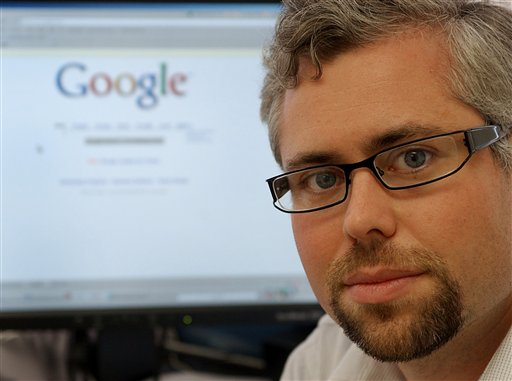 The Electronic Privacy Information Center (EPIC), based in Washington, D.C., advocates for First Amendment and privacy rights, particularly in new kinds of media. In this photo, Chris Jay Hoofnagle, director of the West Coast office of EPIC, is seen at his office in San Francisco in 2005. (AP Photo/John M. Harris, used with permission from the Associated Press)

The Electronic Privacy Information Center (EPIC), based in Washington, D.C., advocates for freedom of speech and privacy rights, particularly in new kinds of media. Formed in 1994, the group’s lodestar First Amendment issues are free speech on the Internet, the protection of anonymous speech on the Internet, privacy, the chilling of speech caused by mass government surveillance, and open government.

EPIC was one of the many civil liberties groups that challenged the constitutionality of the Internet indecency provisions of the Communications Decency Act that the Supreme Court struck down on First Amendment grounds in Reno v. American Civil Liberties Union (1997).

The group also filed amicus briefs before the Supreme Court in First Amendment cases, including Watchtower Bible and Tract Society v. Village of Stratton (2002), which affirmed the rights of Jehovah’s Witnesses to make door-to-door solicitations without a permit.