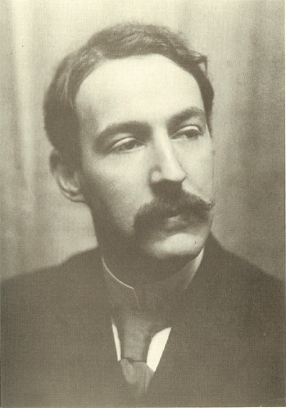 The Free Speech League was the first organization in U.S. history to commit itself to free expression, no matter the subject or viewpoint. Leonard Abbot was the League's president after 1907. The League actually took a broader view of the First Amendment than the ACLU did. (Image via Wikimedia Commons, public domain)

The Free Speech League was the first organization in U.S. history to commit itself to free expression, no matter the subject or viewpoint.

Leaders of the league, which was organized in 1902 largely to respond to legislation designed to limit anarchism, included Edward Bond Foote and Edwin Cox Walker of the Manhattan Liberal Club, which initially called for such a league; journalist Leonard Abbott, the league’s president; attorney Theodore Schroeder, the league’s secretary and primary leader; attorney Gilbert Roe, who often argued its cases in court; and muckraking journalist Lincoln Steffens, who served on its board of directors.

Many of its members cut their teeth defending individuals who had been accused of obscenity under the Comstock Act, or those, including advocates of sexual freedom, whose beliefs were believed to be heretical. First Amendment historian David M. Rabban (1992) associates the league with “libertarian radicalism,” and he traces much of its history through articles in Lucifer: The Light-Bearer, a journal of sex reform begun in the 1880s.

Rabban argues that although Roger N. Baldwin, founder of the American Civil Liberties Union (ACLU), and others learned from the league, it actually took a far broader view of the First Amendment than did the ACLU. According to Rabban (1992), its clients included “religious speakers as well as freethinkers, reformist as well as radical unions, and various nonpolitical speakers such as an attorney disbarred for criticizing a judge, and a man convicted for distributing pamphlets opposing compulsory vaccination” (p. 88).

The rise of the ACLU, with its narrower focus on political speech, largely marked the increasing marginalization of the Free Speech League.