By John E. Ferguson Jr. (Updated in April 2019 by Deborah Fisher)
Other articles in Groups and Organizations 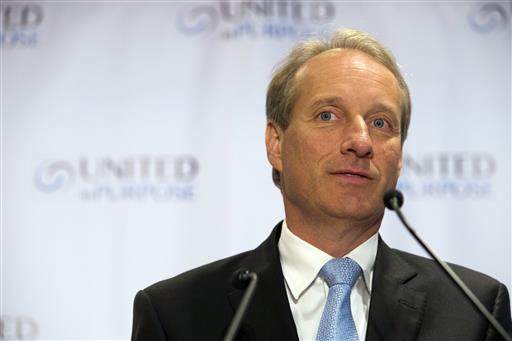 Kelly Shackelford, president and CEO of First Liberty Institute, speaks during a news conference after attending a Conversation on America's Future with Donald Trump and Ben Carson sponsored by United in Purpose, Tuesday, June 21, 2016, in New York. (AP Photo/Mary Altaffer, used with permission of The Associated Press)

Begun in 1997 by Texas attorney Kelly Shackelford, First Liberty Institute  has been described as the “flip side to the ACLU.”

A 501(c)(3) corporation based in Plano, Texas, it provides free legal services and support to those dealing with religious liberty issues.

Supported by donations and through awards of attorney’s fees from cases, it was originally called Liberty Legal Institute and founded as a division of the Free Market Foundation with more than 120 attorneys across Texas. Its mission statement declared that its goals were “[t]o achieve expanded religious freedom and family autonomy through litigation and education designed to limit the government’s power, increase the religious rights of citizens and promote parental rights.”

Associated in 1989 with Dr. James Dobson’s Focus on the Family, the Free Market Foundation served as Focus on the Family’s public policy base in Texas. In 1997 Shackelford, a graduate of Baylor Law School, became president of the Free Market Foundation and set up the Liberty Legal Institute after his tenure as an attorney for the Rutherford Institute.

In 2016, the organization’s name changed to First Liberty Institute and now handles hundreds of religious liberty case each year through a growing network of elite, volunteer attorneys.

In Barrow, a teacher was denied a promotion to principal because her children attended a private religious school. It was alleged that the district superintendent, citing district policy that all principals and administrators enroll their children in public school, told Barrow she would not be promoted until she complied. LLI intervened and after a trial court found for the district, Shackleford appealed to the Fifth Circuit Court of Appeals. The appeals court found for Ms. Barrow and awarded LLI attorney fees.

In HEB Ministries v. Texas Higher Education Coordinating Board, LLI took up the cause of religious schools that were fined by the state for calling themselves “seminaries” without first meeting certain state requirements and won the case before the Texas Supreme Court (2005). LLI purports to have either won or settled every case it has accepted.

It also has taken up issues in other cases. For example, more recently, it intervened in a case related to a First Amendment challenge to a Christian cross maintained on public land to honor World War I veterans.

This article was originally published in 2009 and updated in 2019. John Ferguson is a senior lecturer of Business Law and Ethics at Utah State University. Prior to his academic career Ferguson spent eight years as the First Amendment Education Coordinator at the Freedom Forum First Amendment Center at Vanderbilt University. While there he traveled across the country working with schools and communities to resolve First Amendment related controversies and wrote extensively on First Amendment matters.