Students for a Democratic Society

By William W. Riggs
Other articles in Groups and Organizations 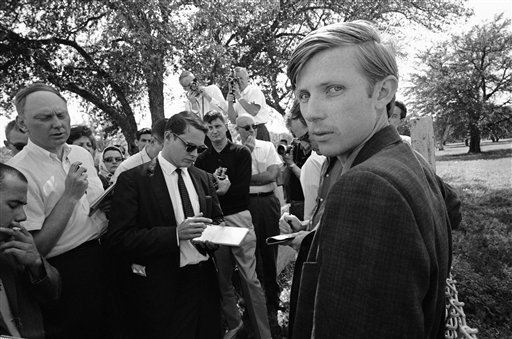 Students for a Democratic Society formed in 1959 as a nonviolent youth group urging political change. Their attention turned to opposition of the Vietnam War in the 1960s. In this photo, Robert Pardun, a leader in SDS, talks to members of the press at a roadside park near the Lyndon B. Johnson Ranch in Texas in 1965. The group staged a vigil protesting President Johnson’s administration policy in Vietnam. (AP Photo/Ferd Kaufman, used with permission from the Associated Press)

Students for a Democratic Society (SDS), a radical youth group established in the United States in 1959, developed as a branch of an older socialist educational organization, the League for Industrial Democracy.

The SDS held a passionate, if somewhat naive, belief that a nonviolent youth movement could transform U.S. society into a model political system in which the people, rather than just the social elite, would control social policy. The civil activism of its members frequently led them to exercise their First Amendment freedoms, sometimes in conflict with government officials.

The first members of SDS were mostly “red-diaper babies” — that is, the children of parents who were themselves politically active and who had participated in progressive, and radical, social movements in the 1930s.

The political manifesto of the SDS, the Port Huron Statement, was written primarily by Tom Hayden, the 22-year-old former editor of the student newspaper at the University of Michigan.

The document, adopted in 1962 by the founding members of SDS, criticized the U.S. political system for failing to achieve international peace or to address effectively a myriad of social ills, including racism, materialism, militarism, poverty, and exploitation.

The manifesto called for a fully “participatory democracy” that would empower citizens to share in the social decisions that directly affected their lives and well-being.

The Free Speech Movement arose as a First Amendment protest against the actions of University of California Berkeley officials, who were under pressure from prominent community leaders to prevent students from collecting donations and recruiting other students for work in the civil rights movement in the segregated South.

Together, the two movements — SDS and FSM — generated a political awakening across college campuses that was dubbed the New Left and became the core of the counterculture movements that dominated student activism during the sixties.

Shortly, however, the Vietnam War changed the direction of student activism. It quickly gravitated to the anti-war movement when in January 1966 the administration of President Lyndon B. Johnson announced it would abolish automatic student deferments from the draft.

The SDS slogans of “Make love — not war,” “Burn cards, not people,” and “Hell, no, we won’t go!” became the rallying cries for the anti-war movement.

Meanwhile, the SDS began to fall victim to internal factionalism and its own democratic processes.

As its membership became more diverse, various factions became intolerant of each other and vied for leadership and control of the SDS political agenda.

Followers of hard-line philosophies, such as those of Che Guevara and Mao Zedong, as well as that of the radical Weathermen Underground or Weathermen, became the subjects of investigations by the Federal Bureau of Investigation (FBI) for terrorist activities. The FBI scrutiny, along with the end of the Vietnam War, saw the national SDS organization diminish rapidly and its membership drift away sufficiently so that by the mid-1970s the SDS was effectively dead.