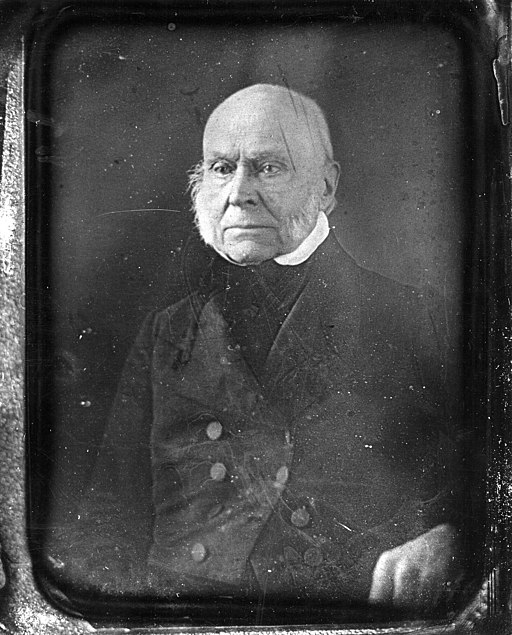 John Quincy Adams as photographed in the 1840s. Adams was the sixth President of the United States. He successfully fought against a Congressional gag rule to table antislavery petition discussion. (Public domain.)

In the 1830s and 1840s in the U.S. House of Representatives, former president John Quincy Adams led a eight-year struggle against southern-sponsored gag resolutions aimed at denying the presentation or discussion of antislavery petitions. Elected to Congress in 1831, Adams, though never an abolitionist, opposed the extension of slavery to the territories and presented a petition from twenty-two slaves in 1837 for emancipation. Irate southerners threatened to have him barred from Congress.

Congress made a resolution to ignore anti-slavery petitions

Consistent with the provision in the First Amendment providing for the right of the people “to petition the Government for a redress of grievances,” the American Anti-slavery Society, founded in 1833, submitted petitions to Congress in favor of abolishing slavery in the District of Columbia and the new territories and protesting the admission of Texas, a slave territory, into the Union. In 1836 a resolution introduced by Henry Laurens Pinckney of South Carolina provided that such petitions be laid on the table and ignored. Northern Democrats, who regarded the petitions as inflammatory and threatening to the Union, supported Pinckney’s position and also argued that the petitions took too much of the lawmakers’ time.

Adams had initially avoided the antislavery battles, but then decided to move to strike the offending gag rule at the beginning of each session, when the House adopted its rules of procedure. Adams saw himself as representing the nation, not just a party or a district. He tried in 1839 to introduce resolutions for constitutional amendments declaring that every child born in the United States after July 4, 1842, be born free; that with the exception of Florida, no new state shall be admitted into the Union with slavery; and that neither slavery nor the slave trade should exist in the District of Columbia after July 4, 1845.

Each year the number of antislavery petitions presented by Adams grew. Eventually he won support, primarily from Whigs, including Joshua Giddings of Ohio and William Slade of Vermont, but also from John P. Hale of New Hampshire, then a Democrat. In 1844, after northern Democratic support for the gag had diminished, Adams’s motion to repeal the standing twenty-first rule of the House carried by a vote of 108-80.