By Robb A. McDaniel
Other articles in Foreign Advocates of Freedom 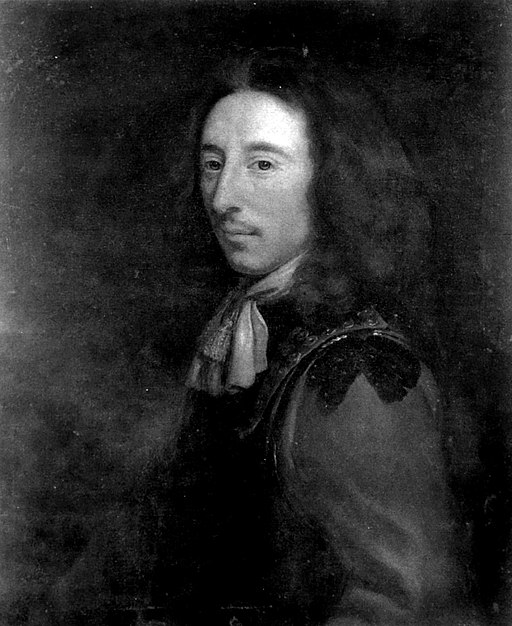 A hero to American proponents of free speech, Algernon Sidney was put to death in 1683 because of his book Discourses Concerning Government that concludes people have a right to revolt against tyrrannical governments. (Painting of Algernon Sydney (1622-1683), via Wikimedia Commons, public domain).

At the time of the American Revolution, Algernon Sidney (1623–1683) was the world’s most celebrated martyr for free speech.

Executed largely on the basis of the anti-royalist views he expressed in his Discourses Concerning Government, Sidney became a hero to the Whig opposition in England and to American critics of executive power. For the American founders, men like John Adams, Benjamin Franklin, and Thomas Jefferson, Sidney’s life represented resistance to tyranny just as his death dramatized the need for legal protection of individual conscience.

Born in England, Sidney returned home after military service in Ireland and joined in the escalating conflicts that became the English Civil War. He took up arms for Parliament against King Charles I, and he later served in the House of Commons during the short-lived Commonwealth, where he was active in foreign affairs.

When Oliver Cromwell disbanded the Rump Parliament to govern as a dictator, Sidney was the last holdout; he had to be forcibly escorted out by the army. In protest, he enacted Julius Caesar at his estate and assigned himself the role of Brutus.

After the return of the Stuart royals, Sidney spent most of the Restoration in exile. He came home in 1677, after which he helped his friend and former campaign manager William Penn craft the colonial constitution for Pennsylvania. Sidney then angered Penn by complaining to others that the final document was corrupt and absolutist.

Famously prickly, Sidney quarreled with both enemies and allies. The opposition movement was hindered by the personal antipathy between Sidney and the Whig leader, Anthony Ashley Cooper, the Earl of Shaftesbury.

Sidney's book was used against him in assassination trial

By 1681 Charles II had gained the upper hand, and Whigs feared that he planned to anoint his Catholic brother James, the Duke of York, as his successor. Sidney was arrested in 1683 for suspicion in the Rye House Plot, a scheme to kill the king and duke. Sidney may have been involved, but there was no real evidence against him. Charles stacked the jury with royalists and rigged the trial. Sidney was convicted and executed.

In violation of English law, the key “witness” was a small sample from Sidney’s Discourses, a work he had secretly written but not yet published.

The Discourses is a remarkable though long-winded book.

Much like the more economical John Locke, Sidney aimed to rebut Sir Robert Filmer, whose Patriarcha was the foremost royalist tract of the seventeenth century. Filmer based his argument upon the book of Genesis, asserting that God gave absolute “dominion” to kings; men served God when they bowed down in political obedience. Filmer’s doctrine enraged Sidney, who countered that the natural liberty and equality of mankind was a truth “evident to common sense,” a view that Jefferson would popularize a century later in the Declaration of Independence.

In a line he made famous, Sidney quipped that “God helps those who help themselves.” Filmer, by contrast, spoke as a “corrupted Christian.”

Sidney maintained that both reason and scripture proved that the foundation of any just government was popular consent. If the people’s trust is violated, they have not just a right, but a moral duty to revolt against tyrannical executives, or even parliaments.

For Sidney, executive power was subordinate to legislative power and required strict checks to be placed on its discretion. Unlike Locke, who sought merely to limit executive prerogative, Sidney hoped to abolish executive power altogether.

Sidney’s anti-authoritarianism ran deep. He chose as his motto the Latin phrase manus haec inimica tyrannis, or, “this hand, enemy to tyrants.” For Sidney, no authority structure was completely safe. He maintained that even one’s founding fathers were untrustworthy, because if even the best men erred, then even good nations were likely to “perish by the defects of their own foundations.”

Sidney exerted a profound influence on Americans before, during, and after the Revolution.

In the colonial period, James Alexander recalled Sidney’s persecution while defending John Peter Zenger, on trial for libel in 1735; pamphleteers such as James Otis, Jonathan Mayhew, and John Adams cited Sidney during protests of the Stamp Act of 1765.

Thomas Jefferson, recalling the writing of the Declaration of Independence, explained that “All its authority rests then upon the harmonizing sentiments of the day,” particularly those drawn from “the elementary books of public right, as Aristotle, Cicero, Locke, Sidney, & c.”

During the ratification process, Anti-Federalists pointed to Sidney in arguing that the constitution of 1787 was fatally marred by its lack of a bill of rights. And generations of radicals — Jeffersonians, Jacksonians, and abolitionists — used Sidney’s writings to demand popular sovereignty and expanded voting rights.

In life, death, and heroic myth, Sidney stood for the oppressed and spoke to their liberties.

This article was originally published in 2009. Robb A. McDaniel is an Associate Professor at Middle Tennessee State University.