By Sara L. Zeigler
Other articles in Scholars 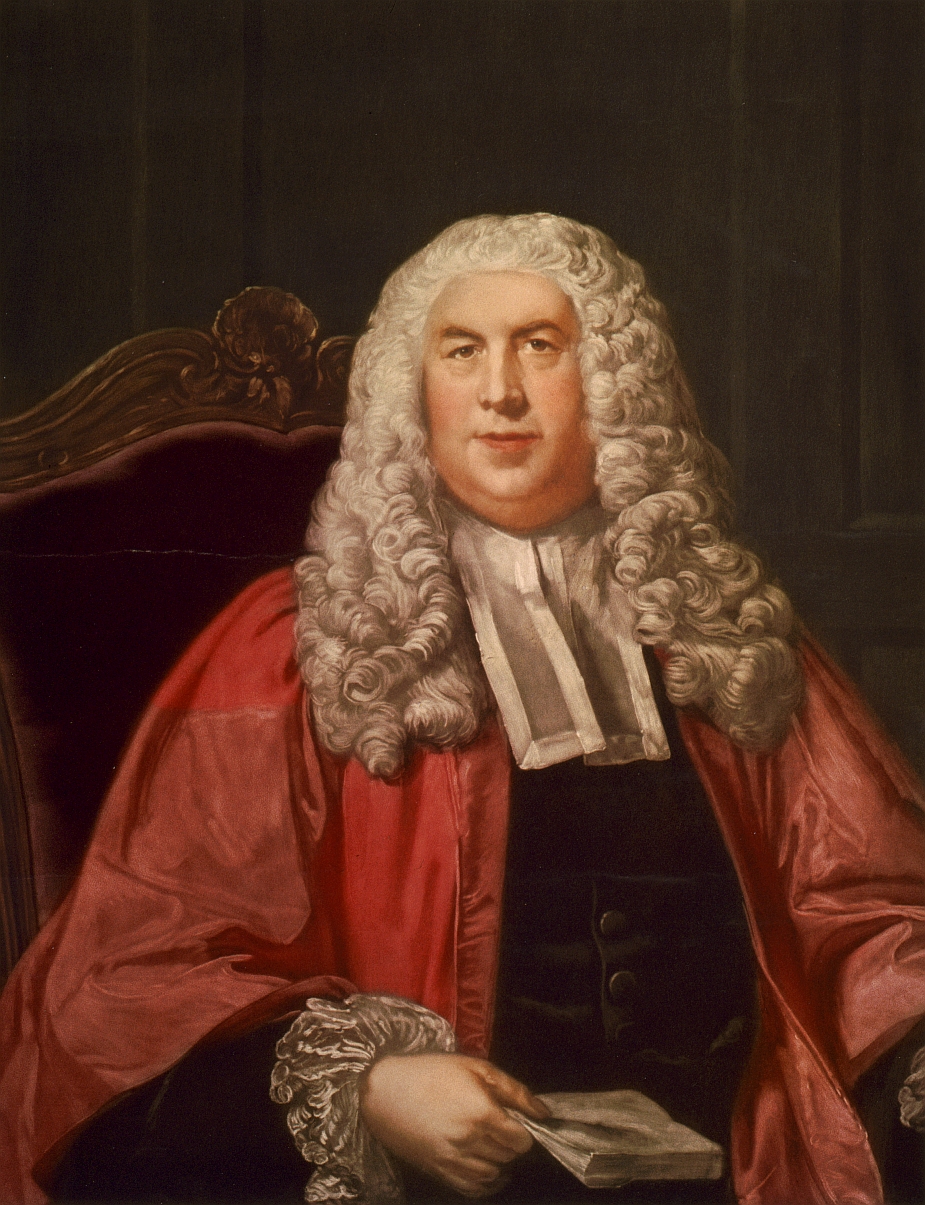 Sir William Blackstone's treatise on English law was widely influential. In the four-volume Commentaries on the Laws of England, he elucidated the rights of individuals against government, including a necessary restriction on government from suppressing the press to inform the public. This portrait of William Blackstone (1723-1780) is by Thomas Hamilton Crawford in 1930. (Image available through the U.S. Library of Congress, public domain)

William Blackstone (1723–1780) authored what is arguably the most influential treatise on the laws of England.

Blackstone attended Oxford University and practiced law briefly before being elected as a fellow of All Souls College at Oxford. His undergraduate lectures on English law were enormously popular and formed the basis for his future published work. Blackstone served as a member of Parliament from 1761 to 1770, and in 1770 he became a justice of the Court of Common Pleas. His judicial career, like his legal career, was largely undistinguished.

Blackstone’s Commentaries on the Laws of England, published in four volumes from 1765 to 1769, offer a comprehensive examination of English law, from constitutionalism to common law. Although Blackstone was heavily influenced by John Locke’s work, he found the concept of revolution troubling and acknowledged a right to revolution only in theory, contending that power returned to the people only when sovereign power had been utterly destroyed. Thus, as long as Parliament existed, its power remained absolute, a doctrine known as parliamentary sovereignty.

Although the leaders of the American Revolution necessarily rejected Blackstone’s views on popular sovereignty and the right to revolution, the framers of the Constitution found themselves returning to Blackstone’s analysis of legal principles in developing a system to govern the former colonies.

Blackstone outlined rights of individuals against government, including a free press

Blackstone’s work was particularly important in elucidating the rights of individuals against government and the protection of liberty against the actions of officials seeking to silence criticism and suppress the ability of the press to inform the public.

Although Blackstone recognized the right of the government to punish “blasphemous, immoral, treasonable, schismatical, seditious or scandalous libels,” he also stood firmly in favor of an extensive freedom of the press and an absolute prohibition on prior restraint of publication.

Blackstone believed liberty required no prior restraint of press

He wrote, in volume 4 of the Commentaries, “The liberty of the press is indeed essential to the nature of a free state: but this consists in laying no prior restraints upon publications, and not in freedom from censure for criminal matter when published. Every freeman has an undoubted right to lay what sentiments he pleases before the public: to forbid this, is to destroy the freedom of the press: but if he publishes what is improper, mischievous, or illegal, he must take the consequence of his own temerity.”

Federalists attempted to justify the Sedition Act of 1798 in part by pointing to the fact that it did not subject critics of the U.S. government or its leaders to prior restraint and that it permitted individuals to defend themselves by attempting to prove the truth of their accusations.

Blackstone's views of prior restraint emerged in American court decisions

This Blackstonian presumption continues to serve as one of the foundational principles of First Amendment jurisprudence, as illustrated by the Supreme Court’s reluctance to countenance such restraint even when an individual publishes materials deemed to be defamatory, as in Near v. Minnesota (1931) and New York Times Co. v. United States (1971), the Pentagon Papers case, in which the government asserted that national security interests required such limitations.

In the early twenty-first century, First Amendment jurisprudence reflects almost complete acceptance of the Blackstonian view, with prior restraint allowed only in the event of compelling state interests and only then if the government can demonstrate a close nexus between the item it seeks to restrain and a significant threat of public harm.