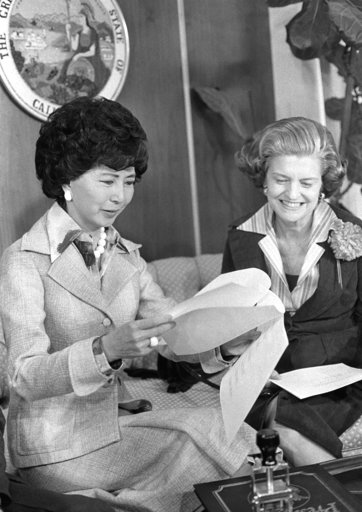 Plaintiffs representing various governing bodies, their members, and politically active groups and individuals challenged several provisions of the California Election Code. In particular, the code prohibited “the official governing bodies from endorsing candidates in party primaries.” It also imposed restrictions on the internal affairs of a party, including its size and composition, the terms of office, and the selection rules for the central committee of the respective political parties.

Both the federal district court and the 9th U.S. Circuit Court of Appeals held that the regulations ran afoul of the Constitution.

The Supreme Court, in an opinion for the majority written by Justice Thurgood Marshall, affirmed the lower court decisions. Marshall first reviewed the state’s restrictions on primary endorsements. He rejected the state’s assertion that the imposed burden was minuscule and instead held that the ban implicated speech that “is at the core of the electoral process and of the First Amendment freedoms. He noted that the regulation implicated both speech and associational rights. Thus, the imposition could be justified only if the regulation advanced a compelling interest and did so in a manner narrowly tailored to serve the proffered ends.

The state argued that the regulation was necessary both to further stable government and to protect voters from confusion and undue influence. Yet, Justice Marshall wrote, the state “never adequately explains how banning parties from endorsing or opposing primary candidates advances that interest.”

Thus, “even if a ban on endorsements saves a political party from pursuing self-destructive acts, that would not justify a state substituting its judgment for that of the party.”

Regulations were not narrowly tailored

After rejecting the ban on endorsements, the Court addressed California’s attempted regulation of party internal affairs. Because the state provision implicated First Amendment associational rights, Marshall held that if the provision were to survive, it must withstand strict scrutiny.

Although the state had shown a compelling interest in preserving the integrity of the electoral process, the Court struck down its attempt to regulate the internal affairs of its political parties, because, Marshall wrote, California had not narrowly tailored its law to this objective.

Justice John Paul Stevens wrote a concurring opinion questioning the usefulness of the “compelling state interest” test to this case.

Chief Justice William H. Rehnquist did not participate in the decision.