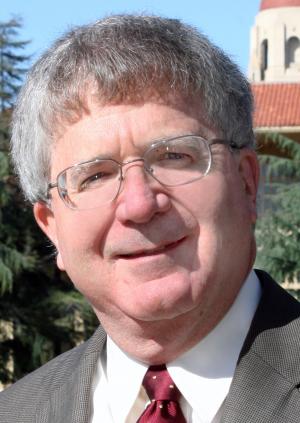 Michael W. McConnell is a leading scholar on issues relating to church and state, equal protection, and the American Founding. He believes in seeking the original intent of the framers of the Constitution and its amendments. He has argued 15 cases before the U.S. Supreme Court. (Image via Oyez.org under the Creative Commons Attribution-NonCommercial 4.0 International License)

Michael W. McConnell (1955- ) is the Richard and Frances Mallery professor of law, director of the Constitutional Law Center, and a senior fellow at the Hoover Institution at Stanford Law School.  He has been teaching there since resigning from the Tenth U.S. Circuit Court of Appeals where he served as a judge from 2002 to 2009.  He is a leading scholar on issues relating to church and state, equal protection, and the American Founding. He has argued 15 cases before the U.S. Supreme Court.

McConnell served on the Court of Appeals

Born in Louisville, Kentucky, McConnell earned an undergraduate degree at Michigan State University and a law degree at the University of Chicago before clerking for J. Skelly Wright of the D.C. Circuit Court of Appeals and for U.S. Supreme Court Justice William J. Brennan Jr. He then served as assistant general counsel to the Office of Management and Budget and as assistant to the solicitor general of the Justice Department before teaching law at the University of Chicago and University of Utah. President George W. Bush appointed McConnell to the Tenth U.S. Circuit Court of Appeals in 2001, and the Senate confirmed him the next year. Often mentioned as a possible nominee for the Supreme Court, McConnell received the support of 300 legal scholars when he was nominated to the Tenth Circuit.

McConnell believes in the original intent of the Constitution

McConnell believes in seeking the original intent of the framers of the Constitution and its amendments. He believes this view supports the Court’s desegregation decision in Brown v. Board of Education (1954). He is attentive to federalism concerns and believes that lower court judges should be attentive to precedent. He has argued against what he considers to be extreme views of separation of church and state. He also believes that governments can fund vouchers that students can use in parochial schools.

In Rosenberger v. Rector and Visitors of the University of Virginia (1995), McConnell successfully argued before the Supreme Court on behalf of funding for an evangelical publication. He helped to defend the right of the Boy Scouts to expel a gay scout master in Boy Scouts of America v. Dale (2000). He has critiqued the position on free exercise of religion that Justice Antonin Scalia announced in City of Boerne v. Flores (1997), which provides only minimal scrutiny to general criminal laws that disproportionally affect certain religious practices. He has also criticized the Court’s decision in Bob Jones University v. United States (1983), dwhich denied tax-exempt status to a religious college. McConnell wrote a concurring opinion in a case involving the right of religious adherents to use hallucinogenic tea; the Supreme Court upheld the ruling in Gonzales v. O Centro Espirita Beneficente Uniao Do Vegetal (2006).