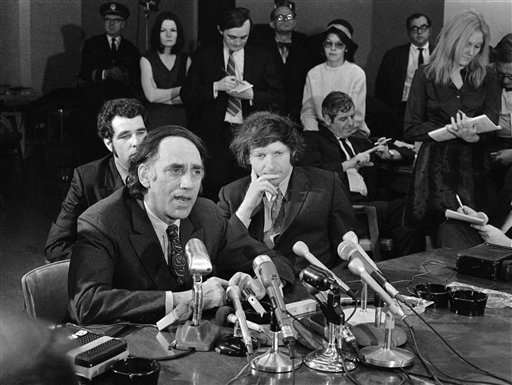 William Moses Kunstler (1919–1995) was a self-described radical lawyer, who thrived on representing controversial clients, such as civil rights agitator H. Rap Brown, expelled congressman Adam Clayton Powell Jr., and political and social activist Abbie Hoffman. Kunstler is perhaps best known for his defense in the 1960s of liberal rabble rousers Hoffman, Jerry Rubin, and the other defendants in the Chicago Seven case.

Born in New York City, Kunstler obtained his undergraduate degree from Yale University in 1941 and his law degree from Columbia University in 1949. He later formed a law firm with his brother, Michael, and law school classmate Arthur Kinoy. He was cofounder in 1966 of the nonprofit Center for Constitutional Rights.

In Ward, he was less successful in opposing regulations that New York City was imposing on rock concerts in Central Park; the Court decided that these were reasonable time, place, and manner restrictions.

Kunstler wrote books on a variety of topics, ranging from the death penalty to civil liberties lawyers to his autobiography (with Sheila Isenberg) My Life as a Radical Lawyer (1994).