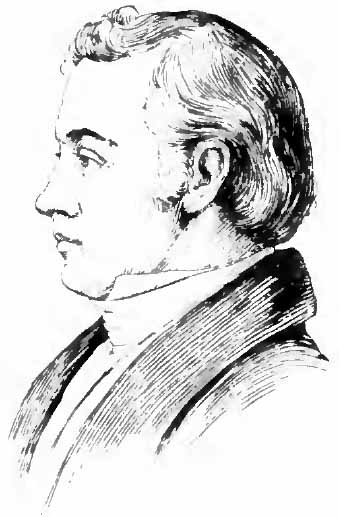 The newspaper editor Elijah Lovejoy (1802–1837), who died at the hands of a mob incensed by his anti-slavery views, is considered something of a martyr both in the cause of abolitionism and in that of First Amendment expressive rights. (Image via Wikimedia Commons, Appletons' Cyclopædia of American Biography, 1900, v. 4, p. 34, public domain)

The newspaper editor Elijah Lovejoy (1802–1837), who died at the hands of a mob incensed by his anti-slavery views, is considered something of a martyr both in the cause of abolitionism and in that of First Amendment expressive rights.

Lovejoy was born in Albion, Maine, on November 9, 1802. He graduated from Colby College in 1826, then taught school for a brief period before deciding to follow his father into the ministry. In 1833 he was ordained by the Philadelphia Presbyterian Church. However, he spent little time in the pulpit.

Lovejoy, who had previously taught in St. Louis, returned to Missouri, a slave state, to begin an anti-slavery newspaper, the St. Louis Observer. A  follower of abolitionist William Lloyd Garrison, Lovejoy believed that the exposure of slavery’s evils would lead to its abolition. As a pacifist, he did not encourage violence against slave owners, but rather sought to influence public opinion against slavery.

Lovejoy attacked slavery and a racial system that allowed human rights abuses to go unpunished. He reached a critical point in St. Louis with his coverage of the May 5, 1836, lynching of a mulatto sailor charged with killing a white deputy. Lovejoy condemned the killers and the judge who showed leniency on them.

St. Louis did not welcome a man of Lovejoy’s views, but he did not back down. He strongly believed in his constitutionally given right to protest and to criticize slavery. Faced with the choice of moderating his views or leaving the city, Lovejoy fled St. Louis but only went across the Mississippi River to Alton, Ill. A pro-slavery mob followed him and destroyed his printing press as it stood on the dock.

Illinois initially welcomed Lovejoy. The people of Alton promised to replace his press but also declared their discomfort with abolitionism. Although Illinois was a free state, many people there supported slavery. Lovejoy’s Alton Observer held to the same staunchly abolitionist character as its predecessor, and it soon attracted local opposition.

On July 4, 1837, the newspaper called for an anti-slavery meeting in Alton to consider establishing a state branch of the American Anti-Slavery Society. The society formed on Oct. 26. At this point, citizens began openly discussing violence as a response to Lovejoy’s activism. His press was destroyed three times by mobs. With the last attack, Lovejoy decided to arm himself. When the fourth press arrived from Ohio, Lovejoy and a group of armed supporters confronted a mob intent on destroying the machine. Shots were fired and Lovejoy fell dead.

Lovejoy became a hero. Abolitionists held angry meetings throughout the nation to denounce his killing. Thousands of men and women were inspired to join the anti-slavery cause. As a result of his death, Northern antagonism to abolition diminished, and anti-slavery forces enjoyed a more permissive atmosphere in which to meet, speak, publish, and agitate.