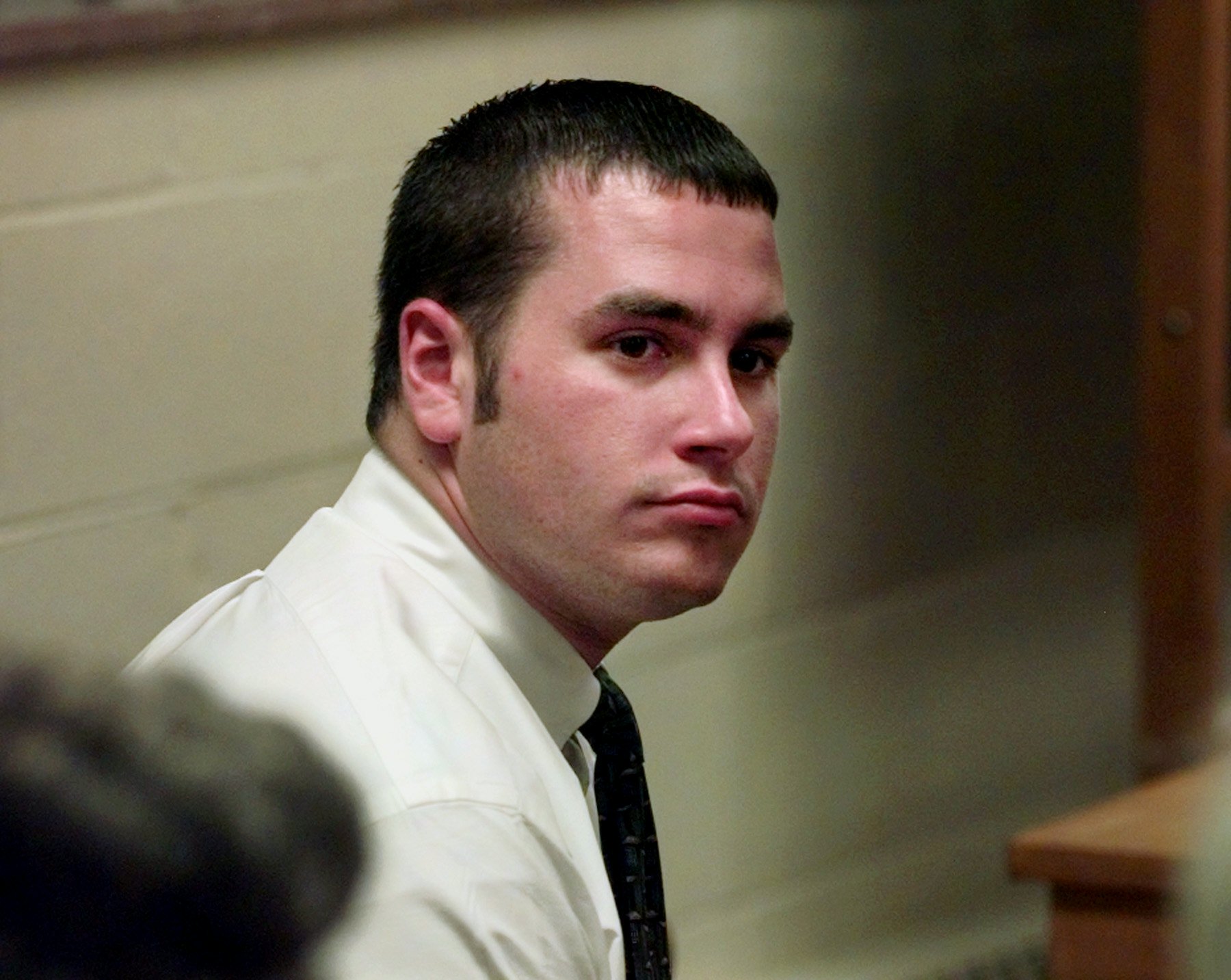 Timothy Boomer, of Roseville, Mich., right, sits in court, June 10, 1999, in Standish, Mich., were he was facing criminal charges for cussing during a canoe trip in 1998. In 2002, the Michigan Court of Appeals struck down the state's 105-year-old law against using vulgar language in front of women and children, throwing out the conviction of Boomer who let loose a stream of curses after falling into the water. An Arenac County jury had found him guilty in 1999 of swearing after tumbling into the Rifle River. He was fined $75 and ordered to work four days in a child-care program, but the sentence was put on hold while the case was appealed. (AP Photo/Carlos Osorio, used with permission of The Associated Press)

In People v. Boomer, 655 N.W.2d 255 (Mich. Ct. App. 2002), the Michigan Court of Appeals reversed the conviction of Timothy Joseph Boomer in the so-called “cussing canoeist” case. Boomer faced charges for violating a Michigan law that prohibited the use of “indecent, immoral, obscene, vulgar, or insulting language in the presence or hearing of any woman or child.”

Violation of the law constituted a misdemeanor.

Man convicted of using profanity in front of women and children

In August 1998, Boomer uttered a stream of profanities after he fell out of his canoe on the Rifle River in Arenac County. A family of four with two children heard Boomer’s cursing and a road patrol deputy heard commotion and vulgar language.

The deputy issued Boomer a citation for violating the anti-profanity law. At trial, Boomer argued that the law, which was passed in the late 19th century, was both overbroad and vague. The trial judge rejected those arguments and a jury convicted Boomer of violating the law.

The Michigan Court of Appeals reversed his conviction on vagueness grounds. “Allowing a prosecution where one utters ‘insulting’ language could possibly subject a vast percentage of the populace to a misdemeanor conviction,” the appeals court explained.

The appeals court relied in part on the U.S. Supreme Court’s decision in Reno v. American Civil Liberties Union (1997), a decision in which the high court invalidated a federal law that criminalized patently offensive and indecent speech on the Internet.  Like the federal law in Reno v. ACLU, the Michigan anti-profanity law “reaches constitutionally protected speech.”

The state appealed to the Michigan Supreme Court, which denied review in October 2002. The decision received widespread media attention, as many people did not know that anti-profanity laws still existed on the books.