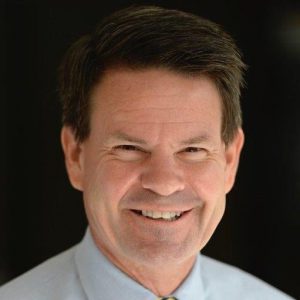 Clay Calvert (1964- ) is one of the most prolific First Amendment scholars in the country.  He serves as the Director of the University of Florida’s College of Journalism and Communication Marion B. Brechner First Amendment Project.

Born in Berkeley, California, in 1964, Calvert grew up in St. Louis, Missouri. He earned his undergraduate degree from Stanford University in 1987, his law degree from University of the Pacific McGeorge School of Law, and a Ph.D. from Stanford.  For more than a decade, he worked at the Pennsylvania Center for the First Amendment, where he worked closely with fellow First Amendment scholar Robert Richards.

Calvert has authored or co-authored more than 150 law review articles. Most deal with different First Amendment topics, including recent articles on broadcast indecency, recording of police activities, newsgathering, the relationship between the First Amendment and copyright law, true threat doctrine, and revenge pornography.   He is the co-author of a leading undergraduate textbook Mass Media Law (20th edition) and Voyeur Nation: Media, Privacy, and Peering in Modern Culture (2000).