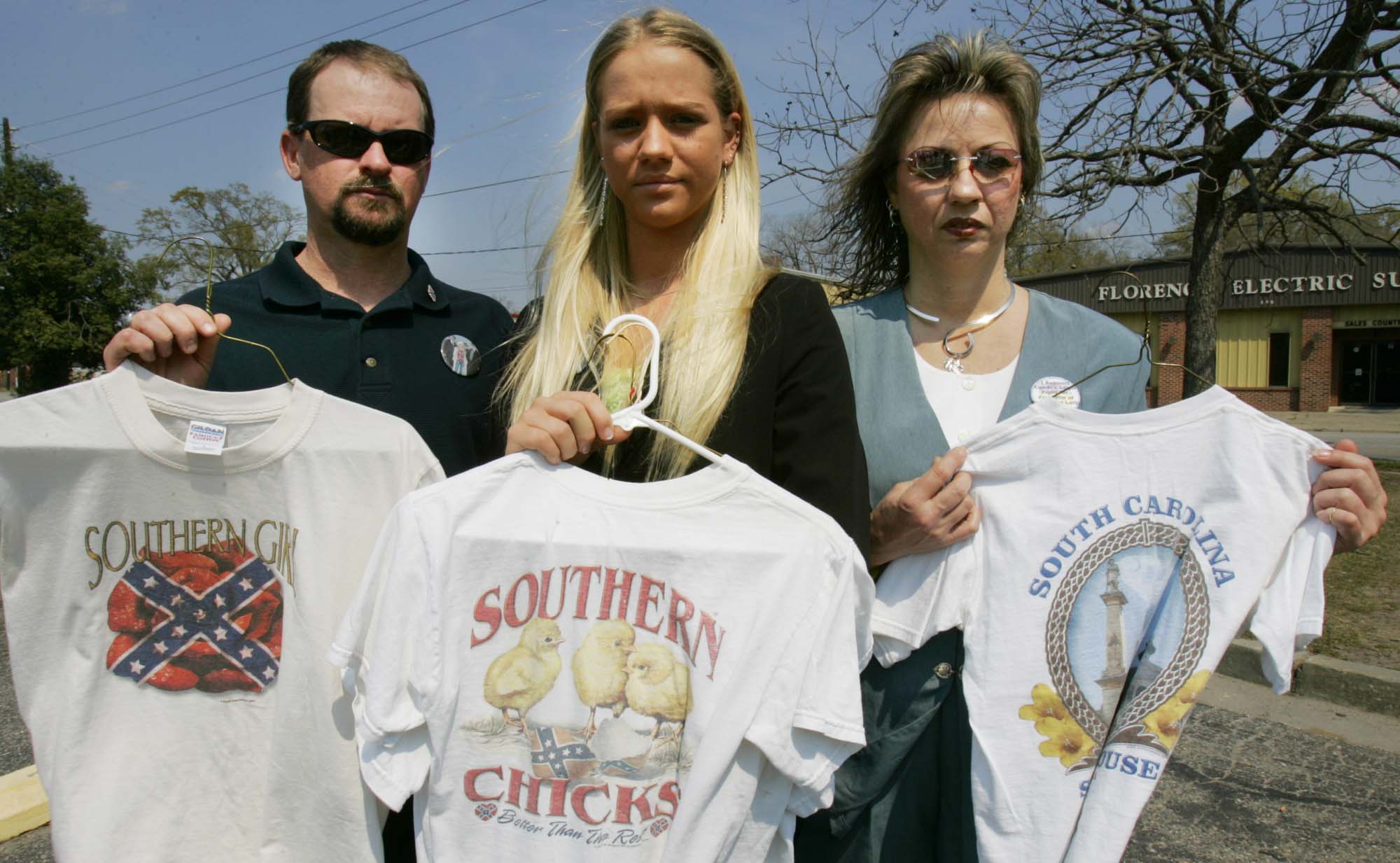 Candice Michelle Hardwick, center, and her parents, Daryl and Priscilla, hold up some of the T-shirts that the Latta school officials deemed were disruptive in 2006. Courts have said school officials did not violate Hardwick's First Amendment rights. (AP Photo/Mary Ann Chastain, used with permission from the Associated Press.)

In Hardwick v. Heyward, 711 F.3d 426, (2013), the Fourth U.S. Circuit Court of Appeals ruled that public school officials in Latta, South Carolina, did not violate the First Amendment rights of a public school student who wore Confederate flag t-shirts at her middle and high school.

Hardwick told to not wear Confederate clothing at school

Hardwick sued, alleging a violation of her First Amendment rights. The school officials countered that the Confederate flag was a disruptive symbol in a school that has had instances of race-based tension. After a federal district court granted summary judgment to the defendants, Hardwick appealed to the Fourth Circuit.

“The record contains ample evidence from which the school officials could reasonably forecast that all of these Confederate flag shirts would materially and substantially disrupt the work and discipline of the school,” the Fourth Circuit wrote.  The appeals court reached the same conclusion to what Hardwick called her “protest t-shirts.”  The court also rejected Hardwick’s broader overbreadth and vagueness challenges to the school’s dress code.