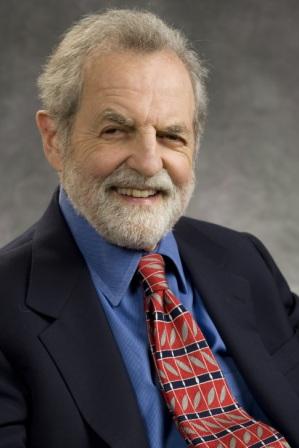 Stephen Barnett (1935-2009) was a law professor at the University of California, Berkeley School of Law known for his passion for the First Amendment and his fearlessness in combatting government secrecy.  “He just lived and breathed the law of freedom of speech and freedom of the press,” said Peter Scheer of the First Amendment Coalition (AP).

Born in 1935 in Brooklyn, New York, Barnett grew up in West Hartford, Connecticut.  He earned his undergraduate and law degrees from Harvard University.  During his undergraduate days, he was president of The Crimson, the school’s newspaper.

After graduating law school, he clerked for Judge Henry Friendly of the Second U.S. Circuit Court of Appeals and then for Justice William J. Brennan of the United States Supreme Court.

In 1967, he joined the faculty at UC-Berkeley where he remained for the rest of his career other than a two-year period where he worked as deputy solicitor general for the U.S. Justice Department.

In his scholarship, he wrote on many First Amendment subjects, including the prior restraint doctrine, the right of publicity, and judicial secrecy.  He was a fierce critic of certain practices of the California Supreme Court, including de-publishing certain opinions and engaging in the practice of “stipulated reversals” which Barnett criticized as short-circuiting the appellate process (Barnett, 1083).