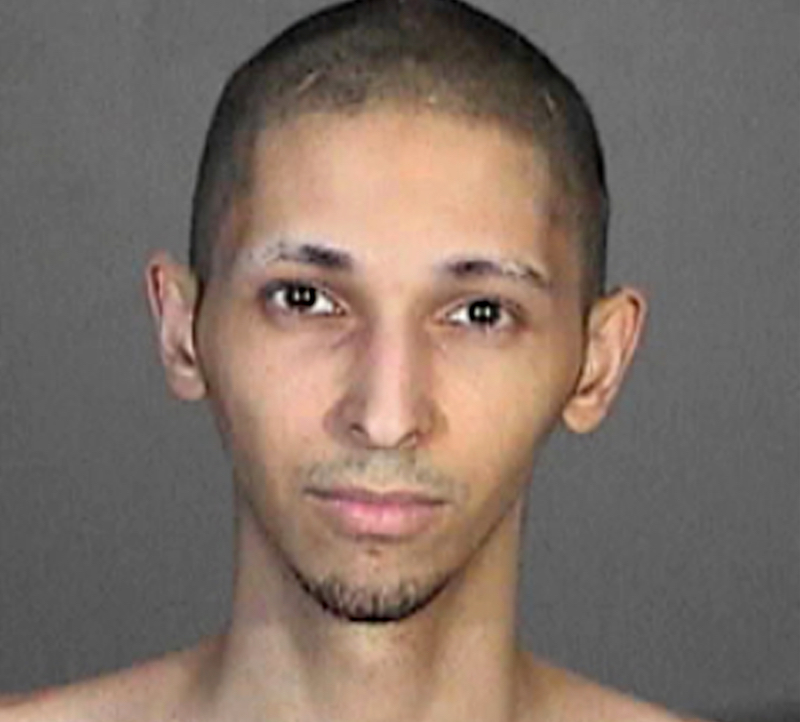 This 2015 booking photo released by the Glendale, California, Police Department shows Tyler Raj Barriss. The Los Angeles Police Department confirmed it arrested Barriss in 2017 in connection with a deadly 'swatting' call in Wichita, Kansas. There is no federal law against swatting. (Glendale Police Department via AP)

Although the First Amendment provides broad protections for freedom of speech, it does not cover “true threats” any more than it protects libel.

Recent years have witnessed laws against cyberstalking and cyberbullying, which involve using the internet to harass or threaten others.

A related issue involves “swatting.”  Swatting consists of fake emergency calls to 911, often appearing to come from the site in question, claiming that a violent crime in in progress in hopes that police will send SWAT teams to the home or business of the individual being swatted.  Most such swatting has involved individuals engaged in online internet gaming who are therefore recorded during the police raids.

In December 2017, police arrived at the Wichita, Kansas home of Andrew Finch who was reported to have killed his father and to be holding his mother and his sibling at gunpoint.  Police shot Finch, who was unarmed, when he opened the door and appeared to reach for his waistband.  Police later arrested Tyler Bariss of Los Angeles, who had previously called in false bomb threats, and who had apparently provided a wrong address after attempting to get back at another individual with whom he had a gaming dispute.  Although Finch appears to have been the first death that resulted from swatting, police had shot and injured Tyran Dobbs with rubber bullets in February 2015 after a similar swatting incident.

No federal law against swatting

As of January 2018, there is no specific federal law against swatting, although California, Michigan, and New Jersey have adopted laws on the subject.  They involve both possible criminal penalties and restitution, which vary with the severity of the consequences.

In 2017, U.S. Representatives Katherine Clark (D-MA), Susan Brooks (R-IN) and Patrick Meehan (R-PA) introduced a new bill, the Online Safety Modernization Act, which, if it became law, would make swatting, along with forms on online harassment, a federal crime.

This article was originally published in 2018. John Vile is a professor of political science and dean of the Honors College at Middle Tennessee State University. He is co-editor of the Encyclopedia of the First Amendment.