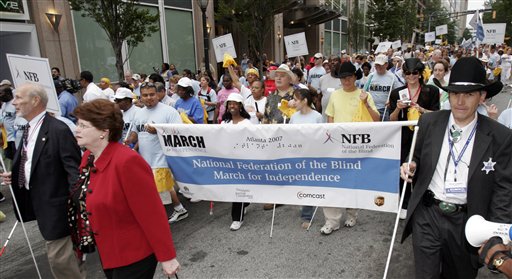 In Riley v. National Federation of the Blind, 487 U.S. 781 (1988), the Supreme Court held that the government must meet a high standard before enacting regulations that affect the speech of professional fund-raisers and charities.

This decision continued the trend of the Court — on view in cases such as Schaumburg v. Citizens for a Better Environment (1980) and Secretary of State of Maryland v. Joseph H. Munson Co., Inc. (1984) — to strike down regulations on charitable solicitation.

The state asserted that these measures were needed to prevent fraud and to protect charities from unscrupulous professional fund-raisers. The plaintiffs countered that the measures infringed on their First Amendment free speech rights. Both a federal district court and federal appeals court invalidated the provisions. On appeal, the Supreme Court affirmed the lower courts by a 7-2 vote on two provisions and a 6-3 vote on the third.

He reasoned that the “State’s generalized interest in unilaterally imposing its notions of fairness on the fundraising contract is both constitutionally invalid and insufficiently related to a percentage-based test.” He also determined that the state had other means of addressing its concern with potential fraud, such as enforcing its existing anti-fraud statute.

For the disclosure requirement, Brennan rejected the argument that the regulation touched only on commercial speech. He noted that the restriction involved a mixture of commercial and noncommercial speech, and thus was entitled to full First Amendment protection. Again, Brennan pointed out that the state had other, less speech-restrictive alternatives such as publishing financial disclosure forms filed by the fund-raisers and enforcing the state’s anti-fraud laws.

Finally, Brennan invalidated the licensing requirement because it failed to provide for a prompt decision by the state on the licensing decision. With such a prospect for delay, he concluded that “the licensing provision cannot stand.”

Justice Antonin Scalia concurred, taking exception only to a couple of lines in a footnote in the majority opinion. Justice John Paul Stevens concurred in the invalidation of the excessive fee and disclosure provisions. However, he dissented from the majority’s ruling on the licensing provision.

Chief Justice William H. Rehnquist, joined by Justice Sandra Day O’Connor, dissented from the majority opinion on all three provisions. Rehnquist viewed the provisions as a legitimate way to protect potential donors from fraud and to protect charities from overcharging by professional fund-raisers.