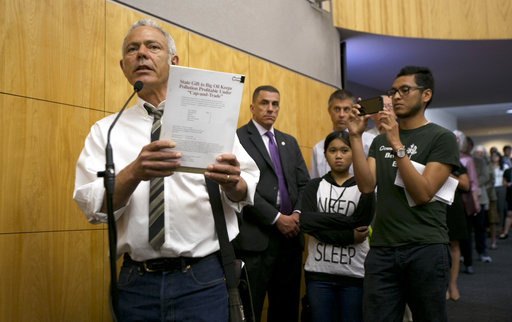 The Supreme Court decision in Schaumburg v. Citizens for a Better Environment, 444 U.S. 620 (1980), held that an ordinance barring organizations from soliciting within village limits unless they used 75 percent of their receipts for charitable purposes violated the First Amendment.

The case arose after the Schaumberg, Illinois, ordinance, which regulated door-to-door or on-street solicitation, was used to deny a solicitation permit to Citizens for a Better Environment because it could not demonstrate that 75 percent of its receipts would be used for charitable purposes.

The organization sued in federal court and won at both the district court and court of appeals. The village appealed to the Supreme Court.

Writing for the 8-1 majority, Justice Byron R. White noted that appeals for funds, both on the street and door to door, were a protected form of speech under the First Amendment because such appeals were a form of communication involving the dissemination of ideas and the advocacy of causes.

Solicitation of funds was subject to reasonable regulation, but the regulation must be structured in such a way as to allow the vital speech components to continue.

In this case the 75 percent limitation placed a direct and substantial limitation on the protected First Amendment activity, which the Court could not uphold absent a sufficiently strong, subordinating interest that was being protected by the village.

Schaumburg’s claim that the regulation was related to the substantial governmental interests in preventing fraud and protecting public safety and residential privacy was not seen as trumping First Amendment activity. The Court believed that they were substantial interests but that they were only peripherally promoted by the 75 percent regulation. Furthermore, these interests could have been protected in a way that was less intrusive of First Amendment rights.

Justice William H. Rehnquist dissented because he believed the ordinance was rationally related to the community’s desire to ensure that organizations were truly charitable.