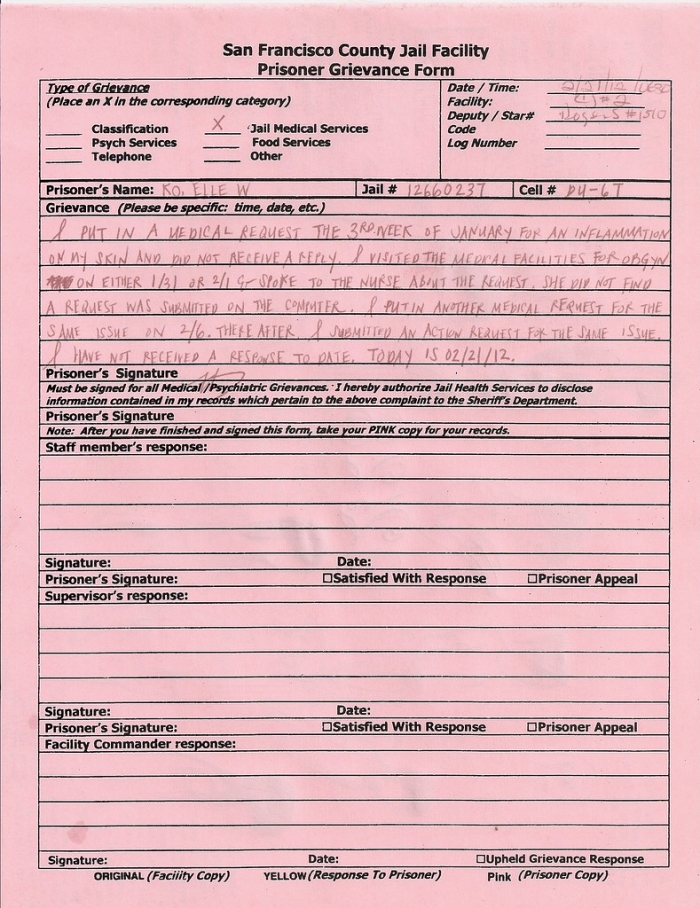 In Dahne v. Richey (2019), the U.S. Supreme Court declined to review a decision of the 9th U.S. Circuit Court of Appeals holding that a Washington state inmate had a First Amendment-based right to use disrespectful language in a prison grievance and that a prison official violated the inmate’s freedom of petition rights when he refused to submit the prisoner’s grievance.

Justice Samuel A. Alito, Jr. – joined by two other Justices – wrote a dissent from the denial of certiorari, contending that the federal appeals court decision seemingly “defies both our precedent and common sense.”

Dennis Dahne, the prison official in charge of grievances, took issue with language in Richey’s grievance and ordered him to rewrite it. Dahne later testified that the grievance contained “so much irrelevant, inappropriate, and borderline threatening extra language.”  Richey submitted a revised grievance but retained rude language in his revised petition. Dahne placed an administrative withdrawal on Richey’s grievance.

Richey sued in federal court, alleging a violation of his First Amendment right to petition for a redress of grievances and a First Amendment retaliation speech claim. In December 2012, a federal district court dismissed Richey’s lawsuit.

The case once again reached the 9th Circuit, which in April 2018, affirmed the district court on Richey’s freedom of petition claim. The appeals court explained that “rules prohibiting disrespectful language do not serve a legitimate penological interest in the special context of prison grievances.” However, the 9th Circuit did grant Dahne qualified immunity on Richey’s retaliation claim.

Dahne then appealed to the U.S. Supreme Court. His petition framed the issue as follows: “Whether prison inmates have a First Amendment right to include threatening, abusive and irrelevant language in grievances.”

However, Justice Alito wrote a dissent from the denial of certiorari.

Alito explained that the Court had emphasized in cases like Shaw v. Murphy (2001) and Turner v. Safley (1987) that inmates do not possess the same level of First Amendment rights like individuals outside of prison walls. “Prisons are dangerous places,” he wrote. “To maintain order, prison authorities may insist on compliance with rules that would not be permitted in the outside world.”