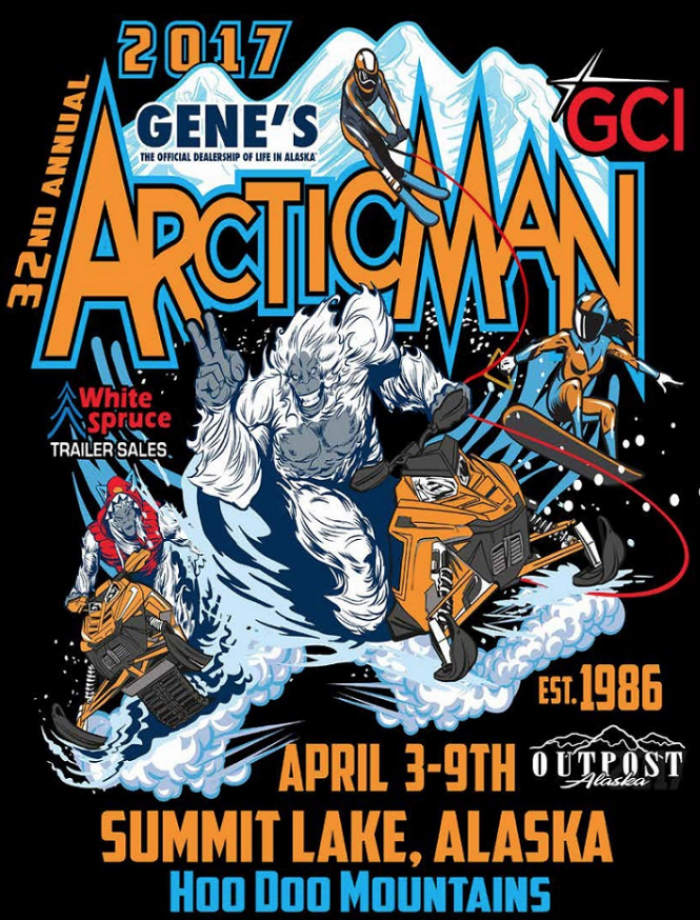 A man who was told by law enforcement to move a beer keg inside an RV while attending "Arctic Man," a winter sports festival in Alaska, alleged he was arrested in retaliation for speech that was protected under the First Amendment. Russell Bartlett's case eventually went to the Supreme Court, who held that a retaliatory arrest claim would generally fail if there was probable cause for the arrest, as was found in this case. But the Court said there could be an exception if the person arrested could show another person who did not engage in the same type of speech was not arrested. (Photo is a screenshot of the Arctic Man program for 2017).

The U.S. Supreme Court ruled in Nieves v. Bartlett (2019) that most retaliatory arrest claims will fail if the arresting officers had probable cause to effect the arrest.

The Court acknowledged an exception for those cases in which the plaintiff could show that he or she was arrested for protected speech when otherwise similarly situated individuals who did not engage in the same type of protected speech were not arrested.

The case arose from a dispute at “Arctic Man” a winter sports festival in the Hoodoo Mountains near Paxson, Alaska between festival attendee Russell Bartlett and two police officers, Sergeant Luis Nieves and Trooper Bryce Weight.

Apparently, Nieves was asking some partygoers to move their beer keg inside an RV to prevent minors’ consumption of alcohol.  According to Nieves, the intoxicated Bartlett yelled at the RV owners not to speak to Nieves.   Nieves contended that Bartlett yelled at him.   Bartlett contended he was not drunk and that it was Nieves who was the aggressor.

A few minutes later, Bartlett saw Trooper Weight asking a minor whether he and his underage colleagues were drinking.  According to Weight, Bartlett approached in an aggressive manner and yelled with slurred speech that the minors should not speak to the officer.  Weight pushed Bartlett who got close to him. Nieves then rushed over and arrested Bartlett for disorderly conduct and resisting arrest.

The state dismissed the criminal charges against Bartlett, who then filed a civil-rights lawsuit against both Nieves and Wright, alleging that they retaliated against him by arresting him for his protected speech – not speaking to Nieves in the initial confrontation and telling the minors not to speak to Weight.

The officers countered that they arrested Bartlett because he interfered with an investigation and initiated a physical confrontation with Weight.  A federal district court granted summary judgment to the officers, reasoning that they had probable cause to make the arrest.

On appeal, however, the 9th U.S. Circuit Court of Appeals reversed.   The appeals court reasoned that there was at least some evidence of possible retaliation – a statement in Bartlett’s affidavit stating that Nieves told him: “Bet you wish you would have talked to me now.”

On further appeal, the U.S. Supreme Court reversed and ruled in favor of the officers by a 6-3 vote.  Writing for the majority, Chief Justice John G. Roberts, Jr. reasoned that “the presence of probable cause should generally defeat a First Amendment retaliatory arrest claim” citing the Court’s recent decisions in Hartman v. Moore (2006) and Lozman v. Riviera Beach (2018).

The majority reasoned that retaliatory arrest claims are “particularly difficult” because it is hard to determine whether an officer’s conduct was caused by malice on the part of the officer or the plaintiff’s potentially criminal conduct.    Roberts reasoned by analogy to common-law tort claims for malicious prosecution and false arrest, which generally require a plaintiff to show an absence of probable cause.

However, Roberts did offer an exception to the general rule for those cases in which a civil rights plaintiff can show that he or she was treated differently than similarly situated individuals who did not utter the same protected speech.   This exception is somewhat akin to a selective prosecution type claim.

Applying these standards, Roberts concluded that there is insufficient evidence of retaliation by Trooper Weight.   Roberts also wrote that the claims against both officers must fail because there was probable cause for the arrests.

Justice Clarence Thomas wrote a concurring opinion that was even more protective of law enforcement in these cases.   To Justice Thomas, the presence of probable cause should always defeat a retaliatory arrest claim.  He, thus, disagreed with the majority’s qualification for exception.

Justices Neil Gorsuch wrote an opinion concurring in part and dissenting in part.  He wrote that the Court has “no legitimate basis for engrafting a no-probable-cause requirement onto a First Amendment retaliatory arrest claim.”   He also reasoned that the Court should explore whether its exception is similar to a selective arrest claim based on the Equal Protection Clause.

Justice Ruth Bader Ginsburg also wrote an opinion categorized as concurring in the judgment in part and dissenting in part.  She reasoned that the proper standard for retaliatory arrest cases should be the Court’s decision in the public employee decision Mt. Healthy City Bd. of Education v. Doyle (1977). Under the so-called Mt. Healthy standard, a plaintiff must show that an unconstitutional animus was a motivating factor.   If so, the burden shifts to the defendant to show that he or she would have made the same decision in the absence of the protected activity.  Ginsburg believed that the case should be dismissed against Trooper Weight, as there was no evidence of a retaliatory motive.  She would not dismiss the case against Sergeant Nieves, however, stating that there is “some evidence of animus.”

Justice Sonia Sotomayor wrote a dissenting opinion.  She praised the majority for rejecting the Thomas approach of an absolute probable cause bar to retaliatory arrest claims.  However, she warned that the Court’s decision as a whole “will breed opportunities for the rare ill-intentioned officer to violate the First Amendment without consequence – and, in some cases, openly and unabashedly.”

She also warned that the Court’s exception – that a civil rights plaintiff was selectively targeted for his or her protected speech and treated differently than similarly situated others who did not engage in the same speech – will be “vexing in most cases.”

According to Justice Sotomayor, “[p]ut into practice, the majority’s approach will yield arbitrary results and shield willful misconduct from accountability.”