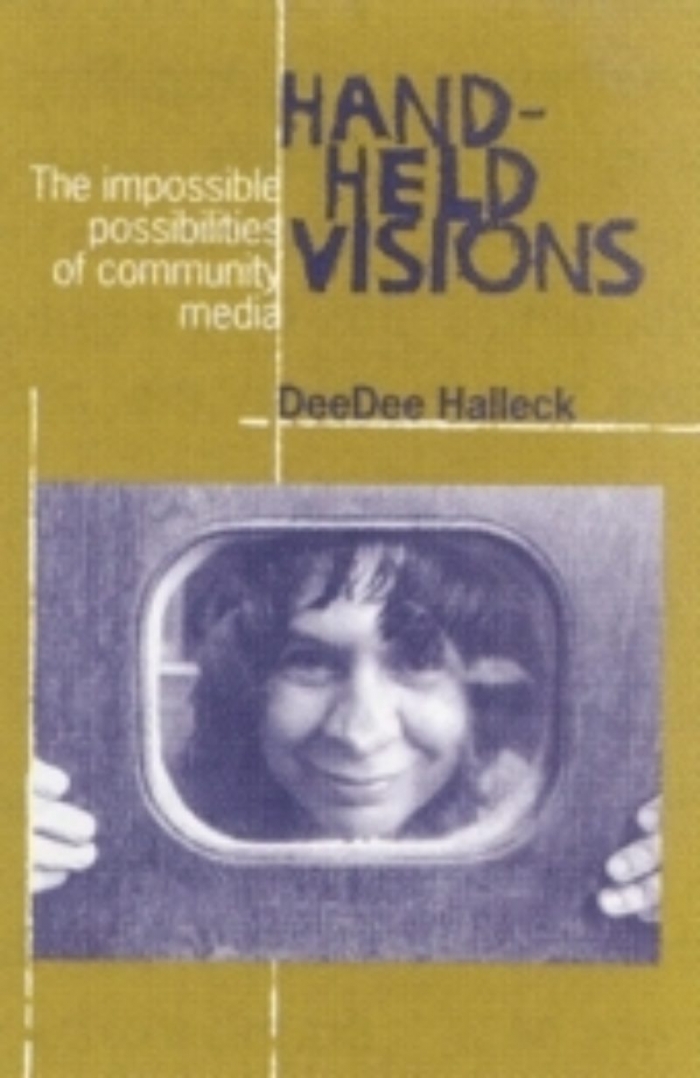 Dee Dee Halleck, a film producer and activist, alleged that Manhattan Neighborhood Network violated the First Amendment by engaging in viewpoint discrimination in refusing to air her and another man's documentary critical of the station. But the Supreme Court in Manhattan Community Access Corporation v. Halleck ruled in 2019 that the organization was a private entity, not a state actor, and not subject to the First Amendment. (This photo is a book cover of Halleck's Hand-Held Visions: The Impossible Possibilities of Community Media, which was published in January 2002.)

The Court determined that “operation of public access channels on a cable system is not a traditional exclusive public forum.”

In response, Halleck and Melendez sued MNN, alleging that the company violated their First Amendment free-speech rights by restricting their access to the public access channels.  A federal district court dismissed the lawsuit, finding that MNN is not a state actor.

On appeal, the 2nd U.S. Circuit Court of Appeals reversed, finding that MNN qualified as a state actor because it performed a traditional public function in regulating speech on the public access channels.

On further appeal, the U.S. Supreme Court reversed the 2nd Circuit and determined that MNN was not a state actor and, thus, not subject to the First Amendment.

“The threshold problem with [Halleck and Melendez’s] First Amendment claim is a fundamental one: MNN is a private entity,” wrote Justice Brett Kavanaugh for the majority.

“The relevant function in this case is operation of public access channels on a cable system,” wrote Kavanaugh. “That function has not traditionally and exclusively been performed by government.”   Kavanaugh rejected the idea that MNN violated the First Amendment because MNN committed viewpoint discrimination in a public forum.

Kavanaugh cited with favor the Court’s decision in Hudgens v. NLRB (1976), a decision in which the Court held that a privately owned shopping mall was not a governmental actor.

Dissenting opinion argues public-access channels are a public forum, and so are operators

“The First Amendment does not fall silent simply because a government hands off the administration of its constitutional duties to a private actor,” she wrote.