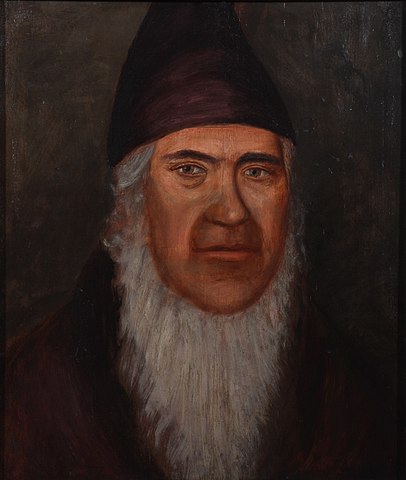 Baker v. Nachtrieb (1856) does not mention the First Amendment, but it furthered religious free exercise by sustaining an agreement between the Harmony Society and its members. (Johann Georg Rapp, founder of the Harmony Society, painted by Phineas Staunton in 1835, via Wikimedia Commons, public domain)

Although this decision does not mention the First Amendment, Baker v. Nachtrieb, 60 U.S. 126 (1856), furthered the free exercise of religion by sustaining an agreement between a religious society and its members.

Harmony Society was in charge of distributing wealth to its members

The Harmony Society was founded by German immigrants in 1805 in Pennsylvania. Under the leadership of Johann George Rapp, the group eventually settled in Economy, Pennsylvania, after a foray to Indiana. Under the rules of the society, members held property in common as “joint and indivisible stock.”

The society’s director was charged with deciding how much, if anything, any member leaving the society would receive. When disaffected member Joshua Nachtrieb left the society in 1846, he received $200.

Nachtrieb claimed he had not been given enough money

Although Nachtrieb claimed that he had been unjustly excluded by combination and covin, Justice John A. Campbell, writing for a unanimous Court, ruled that Nachtrieb’s acceptance of the money from the Harmony Society precluded his claim against the society and its leaders.

Court said because Nachtrieb accepted the money, he had no claim

The Supreme Court decision in Baker v. Nachtrieb (1856) effectively prevented the judiciary from examining the internal structure of the society. Later cases — Schwartz v. Duss (1902) related to the same society; Goesele v. Bimeler (1852) about a similar society, the Separatists; and Order of St. Benedict v. Steinhauser (1914), dealing with the Benedictine order — had similar effects.