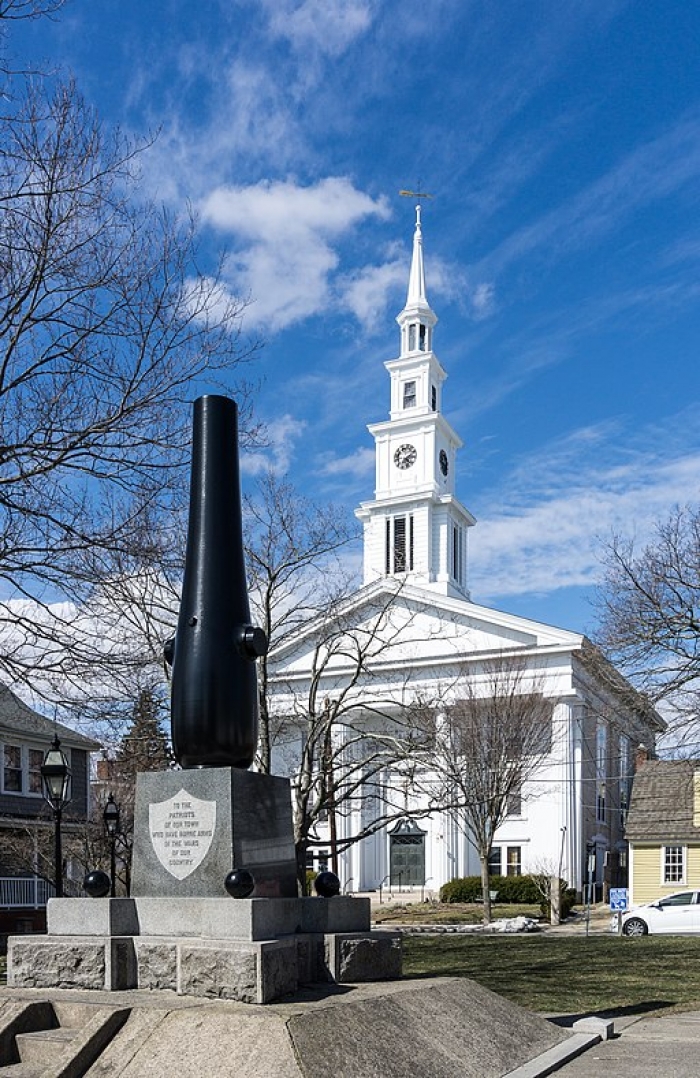 The split of the Methodist Episcopal Church over deep divisions about slavery led to a suit in which the new Methodist Episcopal Church, South, sued to get its portions of funds that had been generated by Christian book sales. The Supreme Court, despite the separation clause in the First Amendment, delved into church affairs and ordered that the funds be split according to the percentage of traveling pastors in the two divisions. (Photo of First United Methodist Church in Rhode Island by Kenneth C. Zirkel via Wikimedia Commons, CC BY-SA 4.0)

Although church and state institutions operate separately under the First Amendment, there are times when governments must intervene to deal with internal church matters. In such cases, the courts seek to work within the particular form of church governance of the denominational group in question rather than delving into theological issues or attempting to ascertain the sincerity or rationality of beliefs of the parties.

Prior to the U.S. Civil War, a number of prominent Protestant American denominations, including the Methodist Episcopal Church, split into northern and southern divisions over the issue of slavery, with northerners becoming increasingly reluctant to sponsor pastors who held slaves and southerners insisting that they had a moral and legal right to do so.

After the Methodist Church split as authorized by its General Conference, which was held in New York in 1844, Smith and other representatives of the Methodist Episcopal Church South instituted a class action suit to get a pro rata share of the funds held in the Book Concern fund, administered by Swormstedt and other members of the Methodist Episcopal Church in the North.  This money, which had been generated by the sale of Christian books, had been designated for the families of “supernumerary and worn out preachers, and the widows and orphans of preachers.”

Under the circumstances, the only way that the southern branch of the denomination could lose its interest would be to do so voluntarily, which it had not done. The Court therefore ordered that the fund be split according to the percentage of traveling pastors within each of the two divisions.

John Vile is a professor of political science and dean of the Honors College at Middle Tennessee State University. He is co-editor of the Encyclopedia of the First Amendment. This article was originally published in 2019.