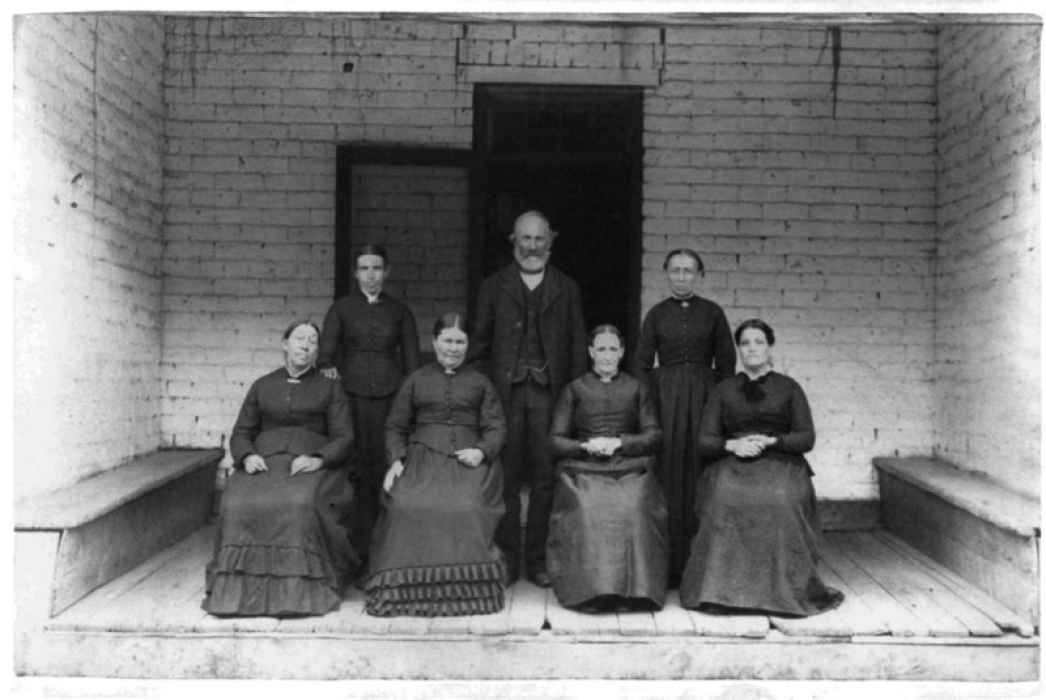 A Latter-day Saint with his six wives in 1885. In 1890, the U.S. Supreme Court ruled that Congress had the right to dissolve the Mormon church and seize its property because of its practice of polygamy under the Edmund-Tucker Act of 1887 -- a law now considered to be a violation of the First Amendment. (Image via Library of Congress, public domain)

This decision is credited with influencing the church to abandon its support and practice of polygamy.

The government, in turn, returned confiscated property to the church in 1894 and 1896, while President Grover Cleveland pardoned polygamists who promised to obey the law (Gordon 2002: 220). Gillett (2000: 518) characterizes the Court’s ruling as “an unprecedented event in American history” that clearly violated the separation of church and state.

Justice Joseph P. Bradley’s opinion for the Court affirmed that the Constitution and the idea of sovereignty vested Congress with power over the territories.

Because the church was using its assets to advance polygamy — which Bradley described as a “barbarous practice,” “contrary to the spirit of Christianity and of the civilization which Christianity has produced,” and as “a nefarious system and practice” — Congress had a right to dissolve it. He dismissed the idea that the Constitution protected this practice as “altogether a sophistical plea.” He then cited numerous English and American precedents to show that when charitable gifts could not be devoted to one use, the state could divert them to another.

Fuller opined that Congress could extirpate polygamy in the territories by enacting a criminal code, but that it was “not authorized under the cover of that power to seize and confiscate the property of persons, individuals, or corporations, without office found, because they may have been guilty of criminal practices.”