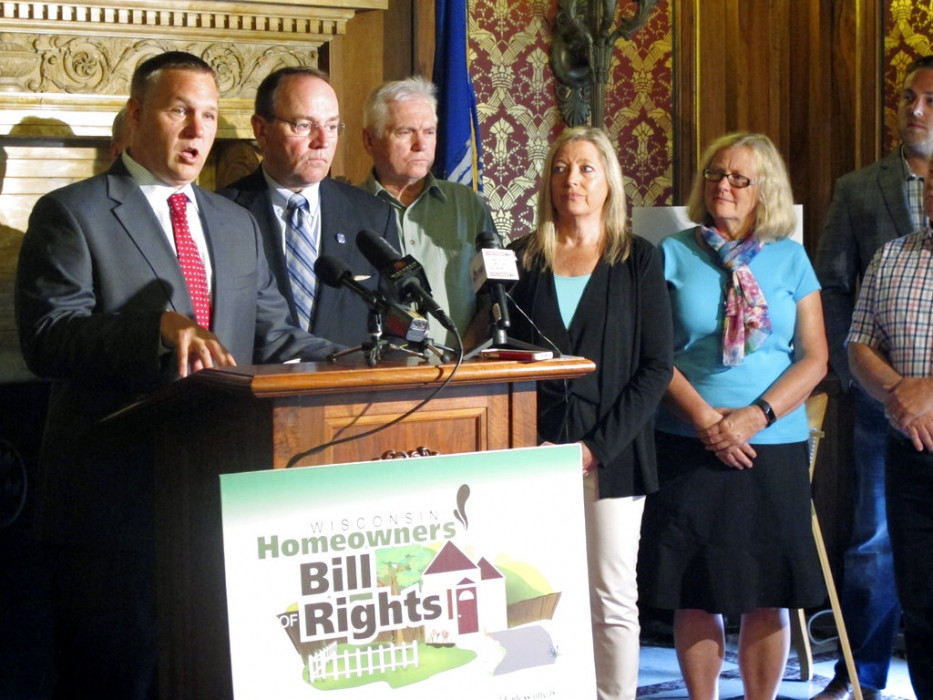 Attorney Adam Jarchow, who also is a Wisconsin state representative, challenged a requirement that Wisconsin lawyers had to pay dues to support programs run by the Wisconsin Bar Association that they did not support. They argued it was an unconstitutional form of compelled speech. The challenge was rejected by lower courts and the U.S. Supreme Court declined to hear an appeal. However, two justices voted to hear the appeal, and wrote a dissenting opinion that the issue needed to be revisited by the Court. (Photo of Jarchow in his role as a state representative, speaking in support of an unrelated bill at a news conference Thursday, July 20, 2017, in Madison, Wisconsin. AP Photo/Scott Bauer)

In Jarchow v. State Bar of Wisconsin (2020), the U.S. Supreme Court declined to hear a challenge brought by Adam Jarchow and other Wisconsin lawyers to a requirement in Wisconsin that attorneys pay dues to support programs run by the Wisconsin Bar Association.

Wisconsin, like many other states, has what is called an integrated bars. In integrated bars, attorneys pay compulsory fees as a condition of practicing law in the state. Jarchow and others filed a lawsuit, contending that a portion of their compulsory dues was supporting advocacy efforts for positions that they did not support. In other words, Jarchow and the other plaintiffs contended that they were being unconstitutionally compelled to support speech with which they did not agree.

However, a federal district court rejected the constitutional challenge and upheld the compulsory fees based on the Supreme Court’s decision in Keller v. State Bar of California (1990), which had rejected a similar challenge in California. The 7th U.S. Circuit Court of Appeals summarily affirmed.

Jarchow then filed a petition for writ of certiorari to the U.S. Supreme Court, contending that Keller and the Court’s earlier compelled speech case involving mandatory union dues, Abood v. Detroit Board of Education (1977), were no longer good law in light of Janus v. State, County, and Municipal Employees (2018).

In Janus, the Supreme Court overruled Abood, finding that states and public-sector unions could no longer obtain agency fees or compulsory dues from non-union members.

“Our decision to overrule Abood casts significant doubt on Keller,” Thomas wrote. “The opinion in Keller rests almost entirely on the framework of Abood. Now that Abood is no longer good law, there is effectively nothing left supporting our decision in Keller.”