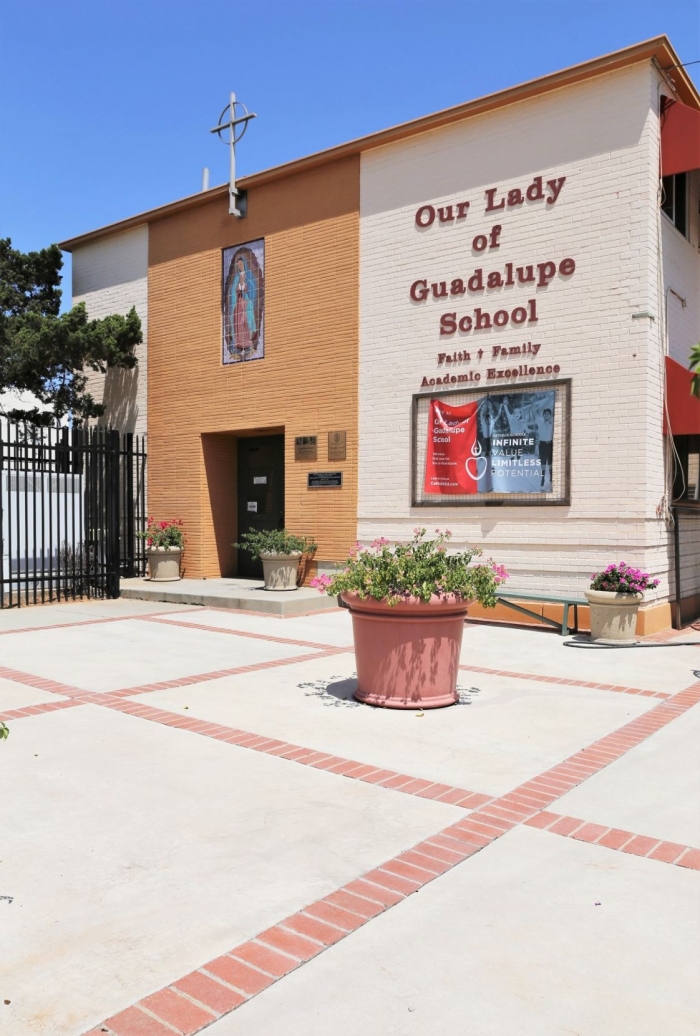 Two elementary school teachers at Roman Catholic schools in the Archdiocese of Los Angeles, including Our Lady of Guadalupe School pictured here, challenged their terminations. But the Catholic schools argued that the freedom of religion guaranteed in the First Amendment prevented the government from interferring in church governance matters, including religious instruction through their schools. The Supreme Court upheld the church view in Our Lady of Guadalupe School v. Vorissey-Berru in July 2020, ruling that the schools had authority under the free exercise clause to dismiss both employees.

In Our Lady of Guadalupe School v. Vorissey-Berru, 591 U.S. ____ (2020), the U.S. Supreme Court widened its deference to church bodies that it had previously recognized under the “ministerial exception” in the case of Hosanna-Tabor Evangelical Lutheran Church and School v. EEOC, 565 U.S. 171 (2012).

One involved Agnes Morrissey-Barru, who was employed by Our Lady of Guadalupe School in the Archdiocese of Los Angeles. She had filed a claim against the school under the Age Discrimination in Employment Act of 1967 alleging that she was being dismissed because of her age, rather than, as the school had asserted, on her classroom performance. The second involved Kristen Beil who worked at St. James School, another primary school in the area, who claimed that she had been fired after she requested a leave of absence to be treated for breast cancer rather than, as the school asserted, for failure to follow the planned curriculum and keep an orderly classroom.

Although schools had both initially received a summary judgment on their behalf, the U.S. Ninth Circuit held in both cases that neither fell under the ministerial exception that Hosanna-Tabor had created.

Justice Samuel Alito authored the Court’s 7-2 decision overturning the Ninth Circuit Court and concluding that the schools had authority under the free exercise clause to dismiss both employees. He emphasized that a primary purpose of this amendment had been to provide broad authority to churches in matters related to “church government.”

Seeking to emphasize the broad purposes of the ministerial exception, Alito reviewed the emergence of the free exercise clause against a long background in English and American colonial law in which the state exercised control of church employment.

Although neither teacher in this class had been designated as a “minister,” had the same kind of religious training, or professed to be ministers, Alito believed that the proper emphasis in the Hosanna-Tabor case had not been on these specific facts (especially the specific title of “minister”), but, as concurring opinions by Justice Clarence Thomas and Samuel Alito in that case had emphasized, on “the function” the individuals performed.  In the cases at hand, both employees helped provide religious education to their students, prayed with them, and accompanied them on trips to religious sites. Traditionally, religions as diverse as Christianity, Judaism, Islam, the Church of Jesus Christ of Latter-day Saints, and Seventh-day Adventists have stressed the importance or religious education.

Alito said that the Ninth Circuit Court had therefore erred in regarding the specific circumstances in Hosanna-Tabor as “checklist items” or a “rigid formula” rather than acknowledging the role of both plaintiffs as religious teachers. He observed that “The concept of a teacher of religion is loaded with religious significance.”

As a “judge-made doctrine,” the Court should be wary of extending the ministerial exception in the way that the majority was doing. The individual involved in the Hosanna-Tabor Case had “a unique leadership role within her church” that was not present in this case. That decision had thus been based on a much more “well-rounded approach” than that of the majority opinion in this case. Extending similar exemptions to all individuals who might fulfill a “religious function” was too embracive and defied common sense, especially in cases, like these, where a religious institution did not offer religious reasons for its actions. Fearing that the majority opinion might exclude thousands of individuals from employment laws, Sotomayor charged that it was “profoundly unfair.”

This article was published July 10, 2020. John Vile is a professor of political science and dean of the Honors College at Middle Tennessee State University. He is co-editor of the Encyclopedia of the First Amendment.