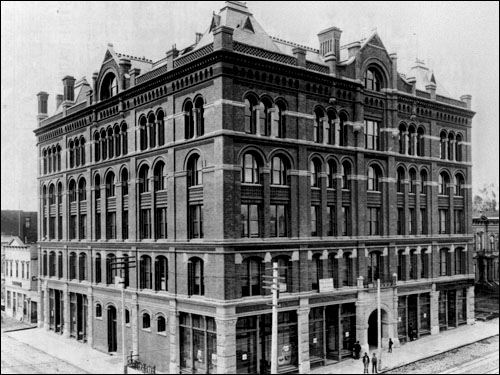 One arguably unsung contribution to freedom of speech and press occurred with the decision by the California Supreme Court in Dailey v. Superior Court of City and County of San Francisco, 112 Cal. 94 (1896). The decision, which Professor Alan Nielson has characterized as an “anomaly,” is important because it is the first in which a state court ruled “that a play is, in fact, a form of speech” (Nielson 1991, 225).

The case involved the showing of a play entitled “The Crime of the Century.” It was advertised as being based on the facts of a murder case before the Superior Court of the city and county of San Francisco, which accordingly issued an injunction against its showing. Although the theater had apparently disobeyed the injunction, the California Supreme Court focused on whether the superior court had the right to issue such an injunction in the first place.

The injunction had been challenged under Article I, Section 9 of the California Constitution. It provided that “Every citizen may freely speak, write and publish his sentiments on all subjects, being responsible for the abuse of that right; and no law shall be passed to restrain or abridge the liberty of speech or of the press.”

In writing the California Supreme Court’s opinion, which was joined by four other justices, Justice Charles H. Garoutte noted that the language was similar, albeit possibly somewhat broader, than the protections found in similar state constitutions and in the U.S. Constitution.

He further argued that the language was quite plain providing that “the right of the citizen to freely speak, write, and publish his sentiments is unlimited, but he is responsible at the hands of the law for an abuse of that right. He shall have no sensor over him to whom he must apply for permission to speak, write, or publish, but he shall be held accountable to the law for what he speaks, what he writes, and what he publishes.”

The justice tied this understanding to passages from the English commentator William Blackstone, America’s Joseph Story, and the Swiss/British theorist Jean-Louis de Lolme all of which had said that freedoms of speech and press included a strong presumption against any prior restraint of such speech or publication.

Garoutte said that an attempt by a court to prevent a contempt of court in advance was “novel in the extreme” and that “The court had ample power to protect itself in the administration of justice after the contempt was committed.” Garoutte appeared to have assumed that plays were protected by the California amendment without making a separate argument for their specific inclusion.

The only dissent (joined by one other justice) was filed by Justice Thomas Bard McFarland who thought that protections for speech and press should be interpreted in the context of the broader constitution “by which a judicial department of the government is created, and all the usual and necessary powers of courts given to the tribunals established under it.” Within this context, McFarland thought the superior court had the power to prevent an individual “from interfering with a pending proceeding in a court and preventing a party thereto from having a fair and impartial trial.