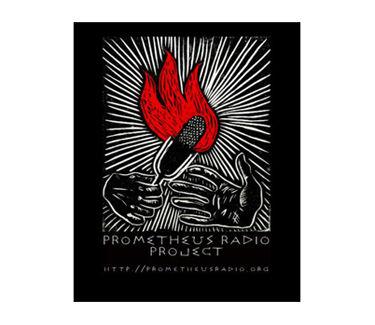 Electronic media pose special issues for First Amendment rights and have sometimes been the subject of regulations that would be unconstitutional if applied to outdoor speech or written words.

Especially in the early days of radio and television, the government made special efforts to see that it distributed licenses and regulated acquisitions of news media in a way to promote diversity in programming so that one news organization did not completely dominate a particular area with its own political views.

In 1996, Congress adopted the Telecommunications Act, which directed the Federal Communications Commission (FCC) to review its rules every four years to keep pace with developments within the industry, and especially the proliferation of online platforms. The FCC sought to conduct such reviews to further the goals of “promoting competition, localism, and viewpoint diversity,” as well as assessing the effects that any changes might have on minority or female media ownership.

Under the authority of this law, the Federal Communications Commission sought in 2017 to change three of its ownership rules. One was the Newspaper-Broadcast Cross-Ownership Rule, adopted in 1974 to prevent a single entity from owning radio or television stations and daily newspapers in the same area. A second rule, the Radio-Television Cross-Ownership Rule, which dated to 1970, limited the total number of stations that an entity could own in a single market. The third Local Television Ownership Rule, established in 1964, restricted the number of television stations that an entity could own within a single market.  The FCC sought to ease each of these regulations in light of the increased number of media platforms and increased competition within the industry.

When it sought to enact changes, however, the FCC was challenged by the Prometheus Radio Project and other public interest groups who recognized that increased competition had undermined the basis for these rules but charged that the changes would likely have an adverse impact on minority and female media ownership. The 3rd U.S. Circuit Court of Appeals accepted the FCC’s arguments that increased competition no longer necessitated the rules, but sided (with one judge in dissent) with arguments that the changes were arbitrary and capricious with respect to minority and female ownership.

The opinion further indicated that courts generally deferred to policy judgments of administrative agencies as such agencies acted with “a zone of reasonableness” and explained their decisions. In the case at hand, the FCC had balanced evidence of some short-term minority losses against longer term trends.  It had acknowledged that there were gaps in its data, sought further studies, which were not proffered, and ultimately concluded that the effects would be minimal. The Supreme Court thus accepted its decision as reasonable.

In a concurring opinion, Justice Clarence Thomas suggested that the law had not even required the FCC to consider the effects of its decision on minority and female ownership.

This decision recognizes that ownership rules are subject to change because of the increased competitiveness of the media market and is consistent with other Supreme Court decisions that defer to administrative decisions that appear to have been made with due consideration of possible consequences.

Dr. John R. Vile is a professor of political science and dean of the University Honors College at Middle Tennessee State University. This article was published April 5, 2021.