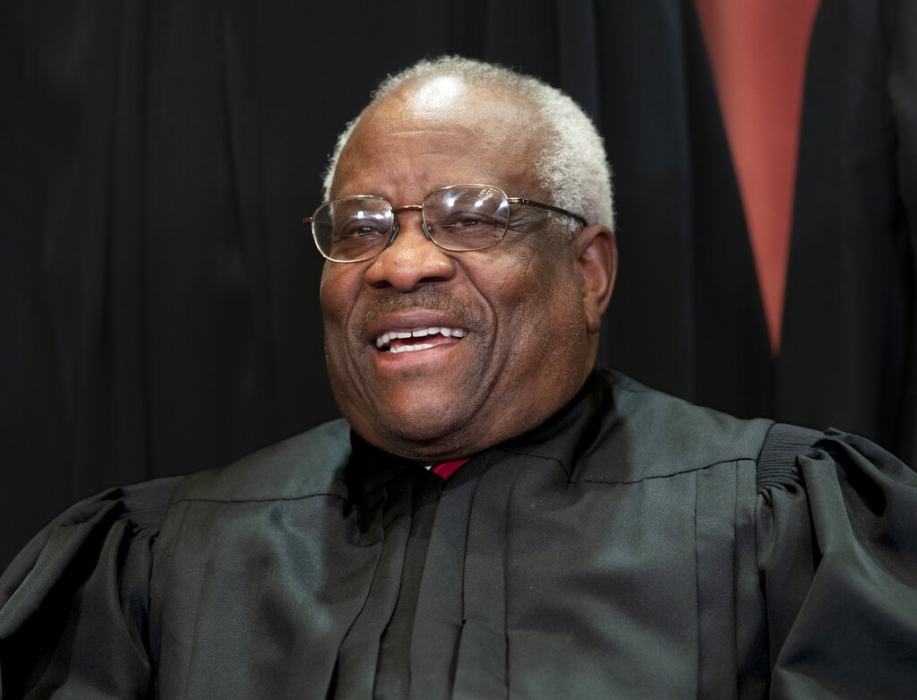 Justice Clarence Thomas' opinion in the Trump Twitter case discusses how to treat powerful digital social media platforms, including whether they should be regulated like common carriers to ensure that "speech is not smothered." In Biden v. Knight First Amendment Institute at Columbia University, the U.S. Supreme Court vacated the 2nd U.S. Court of Appeals decision that ruled that Trump had violated the First Amendment by blocking some Twitter users from responding and sharing his tweets. The case went up on appeal to the Supreme Court after Joe Biden won the presidential election, and the Supreme Court threw out the decision and said it was moot.

One of President Donald Trump’s favorite means of communication was through tweets he published on the social media platform Twitter.

The Supreme Court vacated the decision in a one-sentence opinion In April 2021 and remanded the case to the appeals court with instructions to dismiss the case as moot, presumably on the grounds that Trump was no longer president and that Twitter’s owners had, in the wake of attacks on the U.S. Capitol, banned Trump from making further posts.

Justice Clarence Thomas authored a thoughtful concurring opinion, which could well influence future thinking about such online platforms. He found it particularly odd that, if, as the lower courts affirmed, Twitter was a public forum, a private company had the right to completely eliminate the account. He also noted that the court had rejected another petition that argued digital platforms themselves had “violated public accommodations laws, the First Amendment, and antitrust laws.”

Looking first at the public forum issue, Thomas observed that Trump had “often used the account to speak in his official capacity” and that he had blocked some users from responding to it. By the same token the lower court decision to classify this as a public forum was in tension with the fact that Trump’s own access was terminated not by the government but by a private party. Much of the issue centered on whether the government controlled the space as it would when renting a motel room for a public hearing open to all or whether its use was more akin to governmental officials gathering at a bar and asking that a “pesky patron” be excluded.

Thomas suggested that the case could fall under two other doctrines. The first was the doctrine of common carriers, in which private entities in the transportation and communication sectors are tightly tied to “public concerns.” Governments had, for example, required telegraph companies to serve all customers.  Second, governments might restrict a company’s right to exclude individuals from public accommodations.

In exploring these analogies, Thomas noted that companies were not typically treated as speakers for “information that they merely distribute.” He focused on the manner in which digital platforms “have dominant market share” in a business that “may have substantial barriers to entry.” This gives such companies as Facebook and Google “enormous control over speech.”

Acknowledging alternate modes of communicating, Thomas likened such alternatives to having to swim over a river rather than take a bridge, or having to hike, rather than travel by car, over the Oregon Trail.  Arguing that such analogies supported the 2nd Circuit’s “intuition” that Trump’s Twitter was a public forum, he noted that nothing in the record “evaluates Twitter’s market power” and no one had identified any current regulation “that restricts Twitter from removing an account that would otherwise be a ‘government-controlled space.’”  Moreover, courts had split as to “whether federal accommodations laws apply to anything other than ‘physical’ locations.”

Thomas suggested that “(t)he similarities between some digital platforms and common carriers or places of public accommodation may give legislators strong arguments for similarly regulating digital platforms,” much as they did telephone companies. However, he said, “Congress does not appear to have passed these kinds of regulations” and has even provided immunity against certain kinds of lawsuits against internet carriers. Absent such regulations, ownership would appear to grant “the right to exclude.”

Thomas thought it was less important to focus on Trump’s attempt to block respondents than on the power exercised by the platforms themselves. In Thomas’ words, “If the aim is to ensure that speech is not smothered, then the more glaring concern must perforce be the dominant digital platforms themselves.”

This article was published on April 26, 2021. Dr. John R. Vile is a professor of political science and dean of the University Honors College at Middle Tennessee State University. He is the author of Essential Supreme Court Decisions: Summaries of Leading Cases in U.S. Constitutional Law, which is currently in its 17th edition.