Board of Trustees of State University of New York v. Fox (1989) 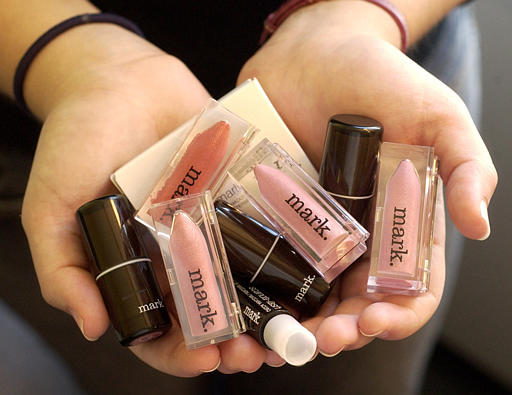 In this photo, Carleigh Krubiner, an 18-year old sophomore at University of Pennsylvania and sales representative of Avon's new line of cosmetics for teens, holds a sampling of the products, Thursday, Sept. 25, 2003, in her Philadelphia dorm room. In an unrelated incident, the Supreme Court, in Board of Trustees of State University of New York v. Fox, 492 U.S. 469 (1989), determined that a state regulation prohibiting private commercial activity in the student dorms was valid under the First Amendment. (AP Photo/Mike Mergen, used with permission from the Associated Press)

The Supreme Court, in Board of Trustees of State University of New York v. Fox, 492 U.S. 469 (1989), determined that a state regulation prohibiting private commercial activity in the state university’s facilities was “‘narrowly tailored’ to serve a significant governmental interest” and thus valid under the First Amendment although it went “beyond the least restrictive means to achieve the desired end.”

Students sued after being prohibited from conducting product demonstrations in dorms

Students brought the suit, contending that the state had violated their free speech rights by preventing them from conducting commercial product demonstration parties in dorm rooms. The Court held that the government’s interest in regulating commercial activity to protect students and maintain an educational atmosphere was “significant.”

The Central Hudson test had required that a restriction on communication be the least restrictive means available for regulating free expression, but Fox required “a ‘fit’ between the legislature’s ends and the means chosen to accomplish those ends”— “a fit that is not necessarily perfect, but reasonable; that represents not necessarily the single best disposition but one whose scope is ‘in proportion to the interest served.’”

When the Court put forth the Central Hudson test, Justice Lewis F. Powell Jr. wrote for the majority that “if the governmental interest could be served as well by a more limited restriction on commercial speech, the excessive restrictions cannot survive.”

In the succeeding nine years the Court further considered whether this required a stringent review of all available means of satisfying the state’s interest. Fox raised the issue precisely because when the 2nd U.S. Circuit Court of Appeals remanded the case to the district court for rehearing, it did so with instructions that the regulation be determined to be the “‘least restrictive measure’ that could effectively protect the State’s interests.”

Court found a 'reasonable fit' between state's 'ends and means'

Justice Antonin Scalia wrote for a six-person majority in Fox that the requirement for a reasonable fit between the state’s ends and means was a more appropriate standard “in a field (commercial speech) ‘traditionally subject to governmental regulation.’”

The “reasonable fit” language combined analysis from Posadas de Puerto Rico Associates v. Tourism Company of Puerto Rico (1986) and In re R.M.J. (1982) to ground the new standard in precedent law. This modification of the Central Hudson test made it easier for government to regulate commercial speech.

The Fox reasonable fit requirement, despite intense criticism, has proven durable; it was invoked by an eight-justice majority in Greater New Orleans Broadcasting Association v. United States (1999). Two of the Fox majority’s assertions, however, have been diminished by recent decisions.

Fox's assertions have been diminished

First, in Fox, Scalia reiterated the claim that commercial speech occupies a “subordinate position in the scale of First Amendment values.” Nevertheless, the Court in Greater New Orleans also required a careful calculation of “the costs and benefits associated with the burden on speech imposed by its prohibition” to ensure that the courts cannot cite only the harms of commercial speech while ignoring its contributions.

Second, Scalia invoked the Posadas mantra that the selection of regulatory means was “up to the legislature” to decide. Subsequent decisions, however — in Rubin v. Coors Brewing Co. (1995), 44 Liquormart, Inc. v. Rhode Island (1996), and Greater New Orleans (1999) — have prescribed an activist role for the judiciary in reviewing legislative constraints on commercial expression.