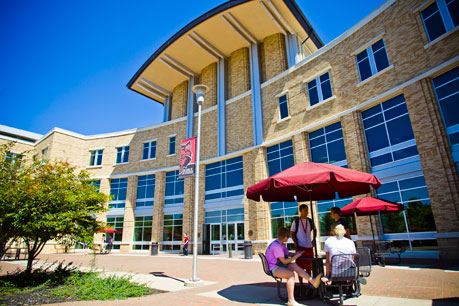 The 8th Circuit had ruled that Arkansas State University officials violated student Ashlyn Hoggard’s free-speech rights by not allowing her to set up a small table on campus near the student union building to promote a conservative student organization, Turning Point USA. The school said her actions were not allowed under a university speech zone policy.

The 8th Circuit ruled the policy was unconstitutional but said university officials were entitled to qualified immunity, a doctrine that insulates government officials from liability unless they violate clearly established law.

Thomas argues against granting qualified immunity to all government decisions

Hoggard sought review in the U.S. Supreme Court, but the court declined review on July 2, 2021. However, Justice Clarence Thomas wrote a statement respecting the denial of certiorari. Thomas reiterated a point he had made in Ziglar v. Abbasi (2017) — that the qualified immunity doctrine needs to be reevaluated.

Thomas criticized the “one-size-fits-all” doctrine.For example, he questioned why university officials who have time to make calculated decisions regarding speech on campus should receive the same benefits of qualified immunity as a police officer who may have to make a split-second decision on the use of force.

Thomas concluded that in the appropriate case the Court should “reconsider either our one-size-fits-all test or the judicial doctrine of qualified immunity more generally.”