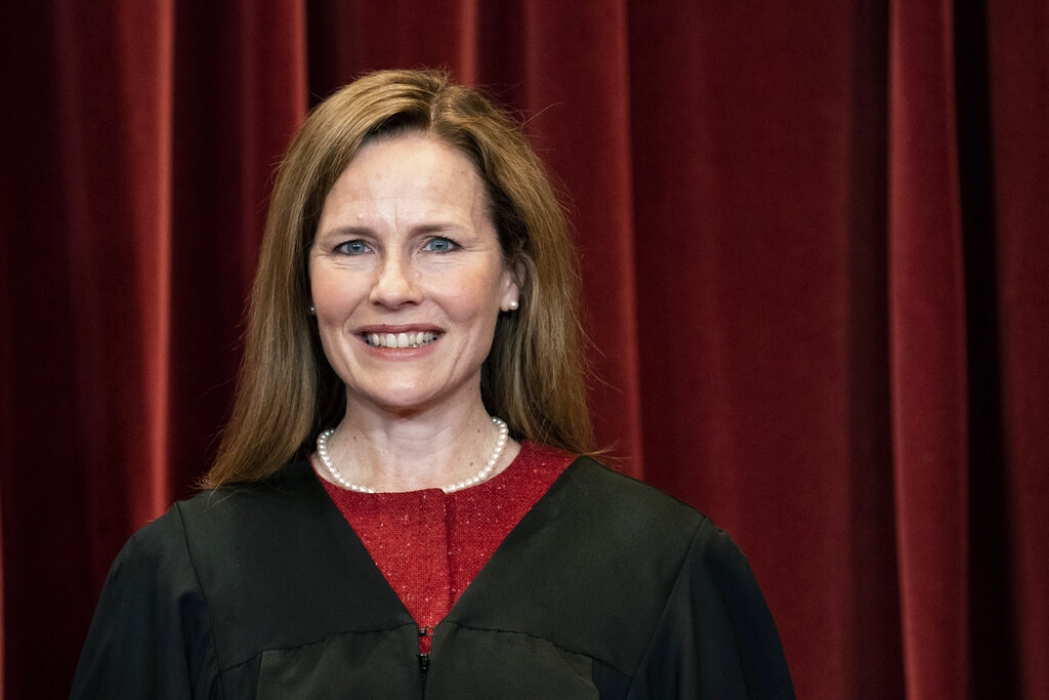 Amy Coney Barrett was named to the U.S. Supreme Court in October 2020 to fill the vacancy created when Justice Ruth Bader Ginsberg died. Previously Barrett was a judge on the 7th U.S. Circuit Court of Appeals and had been a law professor at George Washington University Law and Notre Dame Law School.

Amy Coney Barrett (1972 - ) is an associate justice on the U.S. Supreme Court, a position she has held since October 2020. Previously, she served for nearly three years as a judge on the U.S. Court of Appeals for the 7th Circuit.

Born in New Orleans, Barrett earned her undergraduate degree from Rhodes College in Memphis and her law degree from Notre Dame Law School. She graduated first in her class from law school and served as executive editor of the law review.

Following graduation, Barrett clerked for Judge Laurence Silberman of the U.S. Court of Appeals for the District of Columbia Circuit and then for Justice Antonin Scalia on the United States Supreme Court. After her judicial clerkships, she entered private practice for three years before she ventured into academia. She first served as a visiting professor at George Washington University School of Law before returning to Notre Dame to teach.

During her time at Notre Dame, Barrett earned three “Distinguished Professor of the Year” honors and published in numerous high ranking law reviews. She focused much of her scholarship on constitutional law and statutory interpretation.

President Donald J. Trump nominated her to serve on the 7th Circuit in May 2017 and then, following the death of Justice Ruth Bader Ginsburg, in September 2020 to the U.S. Supreme Court. The Senate confirmed her to the High Court by a vote of 52-48.

Barrett has weighed in on religious freedom cases

In the First Amendment arena, she authored a concurring opinion in Fulton v. City of Philadelphia (2021), a case in which the Supreme Court ruled that the city of Philadelphia violated the free exercise of religion rights of Catholic Social Services by excluding the organization from participating in a foster parent program because the group had religious objections to same-sex parents serving as foster parents.

Some expected the Supreme Court in Fulton to reevaluate its decision in Employment Division v. Smith (1990). That decision gave the government more latitude for laws that impinged on someone’s religious freedom, allowing generally applicable laws so long as they did not target a specific religion.

But in his majority opinion, Chief Justice John Roberts found there was no need to examine Smith. Barrett wrote a concurrence that supported Robert’s avoidance of the Smith issue. “In my view, the textual and structural arguments against Smith are more compelling,” Barrett wrote. However, she reasoned there was no need to re-examine Smith in the Fulton case because the city of Philadelphia’s decision to stop referring foster placements to the Catholic group and not review its contract did not survive strict scrutiny review. Barrett questioned what the court would replace Smith with, writing:

Yet what should replace Smith? The prevailing assumption seems to be that strict scrutiny would apply whenever a neutral and generally applicable law burdens religious exercise. But I am skeptical about swapping Smith’s categorical antidiscrimination approach for an equally categorical strict scrutiny regime, particularly when this Court’s resolution of conflicts between generally applicable laws and other First Amendment rights—like speech and assembly—has been much more nuanced. There would be a number of issues to work through if Smith were overruled.

Barrett with majority in granting injunction against COVID-19 church restrictions

Barrett was among the 5-4 majority in South Bay Unified Pentecostal Church v. Newsom (2021), which granted injunctive relief to a California church seeking relief from a ban on indoor worship services because of the COVID-19 pandemic.

Barrett, joined by Justice Brett Kavanaugh, wrote a short concurrence, ruling that the record in the case was incomplete to determine whether a singing ban in church services was a neutral policy of general applicability or discriminatory against the church.

“Of course, if a chorister can sing in a Hollywood studio but not in her church, California’s regulations cannot be viewed as neutral,” Justice Barrett wrote. “But the record is uncertain, and the decisions below unfortunately shed little light on the issue. As the order notes, however, the applicants remain free to show that the singing ban is not generally applicable and to advance their claim accordingly.”

It will take more time and an examination of many more rulings to understand and analyze Barrett’s judicial record when it comes to First Amendment jurisprudence.