By Ken Paulson
Other articles in Issues Related to Speech, Press, Assembly, or Petition 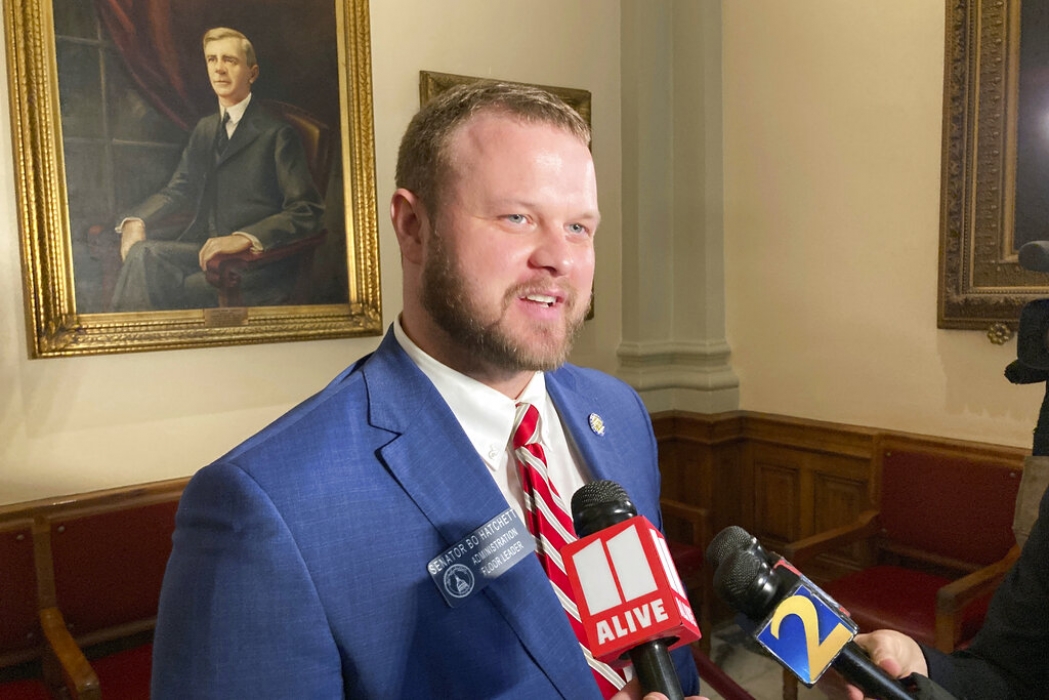 Georgia state Sen. Bo Hatchett, R-Cornelia, speaks to reporters on Friday, March, 11, 2022, in Atlanta, after the state Senate passed a bill that he sponsored to ban the teaching of "divisive" racial concepts in Georgia public schools. (AP Photo/Jeff Amy)

“Divisive concepts” legislation emerged in multiple states beginning in 2021, largely fueled by conservative legislatures seeking to limit topics that can be explored in public school classrooms. The laws have been driven in large part by opposition to critical race theory, an academic theory that says racism in America has largely been perpetuated by the nation’s institutions.

In the political realm, critical race theory was recast as an effort to make white Americans uncomfortable with America’s history of racial justice and slavery. A number of conservative legislatures introduced legislation that would limit the discussion of race in public school classrooms, inhibiting the academic freedom of teachers.

The Association of Research Libraries traces the origin of these laws to a 2020 executive order issued by President Trump.

Many people are pushing a different vision of America that is grounded in hierarchies based on collective social and political identities rather than in the inherent and equal dignity of every person as an individual. This ideology is rooted in the pernicious and false belief that America is an irredeemably racist and sexist country; that some people, simply on account of their race or sex, are oppressors; and that racial and sexual identities are more important than our common status as human beings and Americans.

Executive Order 13950 required federal agencies to assess compliance with the order’s mandates in any diversity, equity or inclusion training.

The order described “divisive concepts” in this manner:

(a) "Divisive concepts" means the concepts that

(2) the United States is fundamentally racist or sexist;

(3) an individual, by virtue of his or her race or sex, is inherently racist, sexist, or oppressive, whether consciously or unconsciously;

(4) an individual should be discriminated against or receive adverse treatment solely or partly because of his or her race or sex;

(5) members of one race or sex cannot and should not attempt to treat others without respect to race or sex;

(6) an individual's moral character is necessarily determined by his or her race or sex;

(7) an individual, by virtue of his or her race or sex, bears responsibility for actions committed in the past by other members of the same race or sex;

(8) any individual should feel discomfort, guilt, anguish, or any other form of psychological distress on account of his or her race or sex; or

(9) meritocracy or traits such as a hard work ethic are racist or sexist, or were created by a particular race to oppress another race.

President Joe Biden repealed the order on his first day of his presidency in 2020, but much of the language of the order has been incorporated into state legislation applying to public schools. For example, in March 2022, Georgia passed a law banning teaching of "divisive concepts" and Florida passed the Stop W.O.K.E. Act prohibiting teachers from presenting certain viewpoints on race. In May 2021, Tennessee barred educators in public schools from teaching about critical race theory. The Florida law was challenged and in November 2022, a U.S. district judge in northern Florida, issued an injunction preventing enforcement, saying the Stop W.O.K.E. Act likely violated the First Amendment.

Opponents of the legislation argue that it limits the free expression of educators, keeps important issues from being explored in age-appropriate learning settings and infringes upon academic freedom.

The potential impact on teachers in grades K-12 is greater than that on professors in higher education because the latter has a more robust claim to academic freedom.

At public universities, there is a long tradition of academic freedom, which is typically incorporated into university administrative codes and may be written into teaching contracts. Academic freedom would not typically protect a professor engaging in racist or sexist commentary in a classroom, and most universities already have those prohibitions in place.

A greater concern among many academics is that the existence of these laws will discourage all discussion of matters related to race and gender.

“There’s obvious reason to worry that faculty will shy away from discussing divisive concepts altogether rather than risk being accused of failing to remain perfectly impartial – especially untenured faculty and particularly those on contingent contracts. The probable result will be a chilling effect on any discussion of controversial subject matter,” wrote Dale Miller, associate dean of research and graduate studies in the College of Arts and Letters at Old Dominion University for “Acadame.”

The issue is made more complex by the U.S. Supreme Court decision in Garcetti v. Ceballos in 2006. In his majority opinion, Justice Anthony M. Kennedy wrote that “when public employees make statements pursuant to their official duties, the employees are not speaking as citizens for First Amendment purposes, and the Constitution does not insulate their communications from employer discipline.”

Kennedy also acknowledged concerns about academic freedom raised by Justice David Souter: “There is some argument that expression related to academic scholarship or classroom instruction implicates additional constitutional interests that are not fully accounted for by this Court's customary employee-speech jurisprudence. We need not, and for that reason do not, decide whether the analysis we conduct today would apply in the same manner to a case involving speech related to scholarship or teaching.”

The Supreme Court has not returned to this question, but in 2021, the 6th U.S. Circuit Court of Appeals ruled that despite the Garcetti case, professors have full free speech rights in the classroom.

This article was published Dec. 4, 2022. Ken Paulson is director of the Free Speech Center at Middle Tennessee State University and former president of the Newseum Institute's First Amendment Center.