By John R. Vile (Updated by Deborah Fisher in October 2018)
Related cases in Contempt of Court, Freedom of the Press 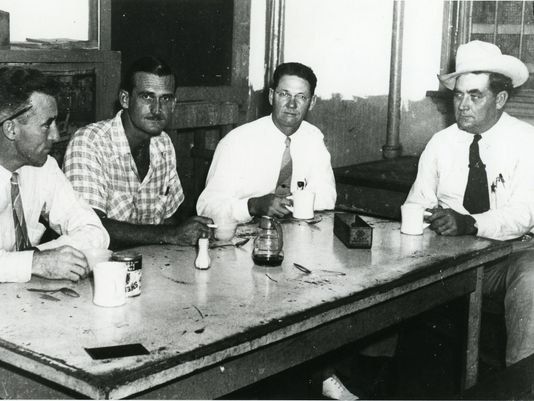 In Craig v. Harney, 331 U.S. 367 (1947), the Supreme Court cited freedom of speech and freedom of press to overturn a criminal contempt of court conviction against a publisher, an editorial writer, and a newspaper reporter in Corpus Christi, Texas, for stories they ran critical of a local judge.

The judge was hearing a case about a landlord who was trying to break a lease with Joe Mayes, who had been recently drafted and stationed in Fort Hood. The jury reached a verdict for the soldier, but the judge rejected it, and ordered the jury to reach a verdict for the landlord. The jury balked and the judge ordered the jury a second time. Finally, the jury complied,  stating that it acted under coercion of the court and against its conscience.

In a 2017 article in the Corpus Christi Caller-Times recounting details of the case, columnist Murphy Givens writes how the newspaper criticized the judge:

A Caller-Times’ editorial said, “A jury with a conscience last night refused to bring in a directed verdict that it did not agree with.” Two days later, Bob McCracken, the paper’s managing editor and page one columnist, wrote that Judge (Joe) Browning’s action demonstrated the need for judges to be trained in the law. Browning had been a rancher, without legal training. “Browning’s behavior and attitude has brought down the wrath of public opinion on his head, and properly so.”

Judge Browning was outraged. He issued a contempt citation for the publisher, Conway Craig, the managing editor, Bob McCracken, and reporter Tom Mulvaney. At a hearing, Browning found all three guilty of contempt, turned them over to Sheriff John Harney and ordered them held in jail.

They were booked, finger-printed, and mugshots taken. McCracken carried his portable typewriter so he could write a column from his cell. They were released after five hours. The case went to the Texas Court of Criminal Appeals, which upheld Judge Browning, ruling that newspaper coverage was “calculated to obstruct and impede the administration of justice and embarrass the judge.” Robert Jackson, the paper’s editor, wrote that, “We have every right to report to the people what is happening in their court without any editorial direction from the bench.”

In the opinion for the Supreme Court, Justice William O. Douglas noted that Texas had not given adequate attention to the decisions in Nye v. United States (1941), Bridges v. California (1941), and Pennekamp v. Florida (1946).

Douglas asserted that courts should only use criminal contempt in instances involving a clear and present danger to the administration of justice. He stated that although the articles were not accurate, such inaccuracies were “commonplace” and not criminal. He characterized the editorial as “strong,” “intemperate,” and perhaps “unfair,” but then said that it did not “immediately imperil” justice.

“Judges are supposed to be men of fortitude, able to thrive in a hardy climate.” Justice Francis W. Murphy’s concurring opinion stressed the importance of the free press and the dangers of giving judges summary powers to punish it.

In a dissent joined by Chief Justice Frederick M. Vinson, Justice Felix Frankfurter attempted to distinguish prior cases from this one by suggesting that state courts had greater power under their laws to issue contempts than did federal courts.

Frankfurter cited Justice Oliver Wendell Holmes Jr.’s language in Patterson v. Colorado (1907) on the importance of having judges influenced by what happened in the court as opposed to outside criticisms. Frankfurter feared that the editorials constituted such outside influences. Frankfurter thought that states had the power to prevent the “psychological danger” of improper influence.

Justice Robert H. Jackson’s dissent emphasized the importance of “a calm and fair trial free from outside pressures and influences.” He noted that the case at hand involved a civil lawsuit in a case in which the judge was not a lawyer and may not have been as confident in his professional opinions.

Givens writes the the rest of the story in his 2017 retrospective:

Like many cases, the big winners were also big losers. The Caller-Times won its case but spent $36,000 in legal fees. “We don’t want to win any more lawsuits like that one,” the editor said. Joe Mayes, another “winner,” did not get a new trial and lost his lease of the Elks Building. The big loser was Joe Browning, who was defeated in his bid for re-election and never served another term as judge.