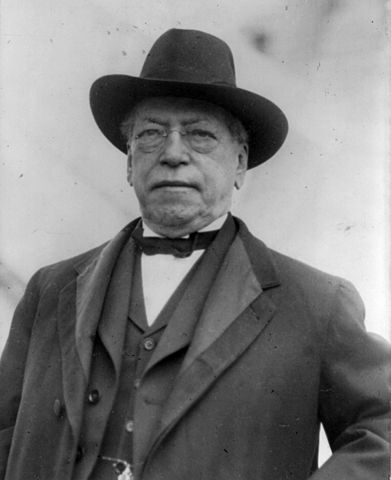 Samuel Gompers, first president of the American Federation of Labor. Gompers was the plaintiff in Gompers v. Buck's Stove and Range Co, a case involving the question of whether First Amendment rights protect individuals who violate injunctions against labor activities. (Public domain.)

In Gompers v. Buck’s Stove and Range Co., 221 U.S. 418 (1911), the Supreme Court rejected the claim that the First Amendment rights to speech and the press protect individuals who violate injunctions against labor activities, whether spoken or written. The Court also overruled the injunction against Samuel Gompers and his colleagues John Mitchell and Frank Morrison on the grounds that the lower courts had not properly distinguished criminal from civil contempt.

Gompers and co-plaintiffs were members and associates of the American Federation of Labor, who had declared a boycott against Buck’s Stove and Range Company. The company had responded by accusing them of entering into a conspiracy to restrain trade, both through their boycott and publications.

The AFL had been given an injunction against the boycott. However, they put Buck's Stove & Range Company on “Unfair” and “We Don’t Patronize” lists in their magazine. The company claimed this speech violated the boycott injunction.

While the Court did not consider the free speech question, the Court did make it clear that they sided with the employers. Writing for a unanimous Court, Justice Joseph R. Lamar observed that boycotts could cause “irreparable damage to the business or property of the complainant.”

Despite claims by Gompers and his colleagues that their actions were protected by the First Amendment, Lamar recognized that “the strong current of authority is that the publication and use of letters, circulars and printed matter may constitute a means whereby a boycott is unlawfully continued, and their use for such purpose may amount to a violation of the order of injunction.” Lamar noted that words like unfair or expressions like “We don’t patronize” constituted “verbal acts,” which were equally subject to injunction as other actions.

Lamar thought, however, that the lower courts had unconstitutionally issued a criminal contempt in a civil suit. The jail sentences issued by the lower court had been designed to punish rather than to provide relief, and yet the suit had been made in the name of the affected company rather than under the authority of the state.

Moreover, the court had accepted a lesser standard of proof appropriate to civil rather than criminal cases, and not accorded the defendants the protection against self-incrimination. Lamar overturned the lower court decision without prejudice against its right to renew the contempt in a criminal case.