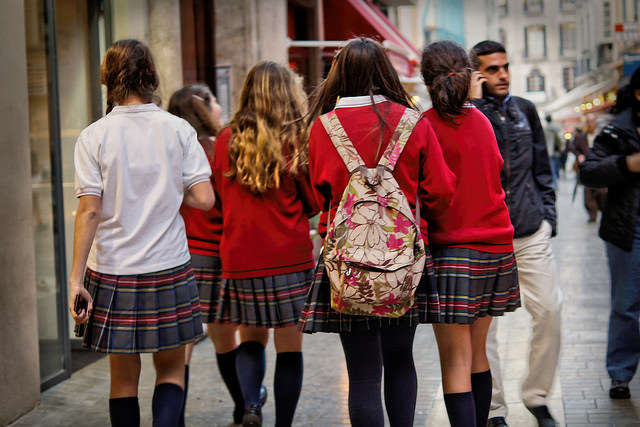 In Canady v. Bossier Parish School Board (5th Cir. 2001), the Fifth Circuit Court of Appeals ruled that a public school district did not infringe upon students’ First Amendment rights when it required students to wear uniforms. (Photo by Florian Ramel via Flickr, CC BY-SA 2.0)

In Canady v. Bossier Parish School Board, 240 F3d 437 (5th Cir. 2001), the Fifth Circuit Court of Appeals ruled that a public school district did not infringe upon students’ First Amendment rights when it required students to wear uniforms.

The decision affirmed a district court judge’s ruling that a uniform policy implemented by a northwest Louisiana school board represented a constitutional means of trying to improve the quality of education.

The case stems from a decision by the Bossier Parish School Board to require all students to wear uniforms beginning with the 1999–2000 academic year. The board argued that the uniform policy would reduce behavioral problems and improve test scores.

Several parents opposed the plan, and 40 of them filed a federal lawsuit seeking an injunction against its enforcement. The parents claimed that the uniforms “violated their children’s First Amendment rights to free speech, failed to account for religious preferences, and denied their children’s liberty interest to wear the clothing of their choice in violation of the Fourteenth Amendment.”

The parents tried to fit the case into one of three categories of student speech regulation established by the Supreme Court:

As Judge Robert M. Parke explained in the decision, however, the facts of the case did not “readily conform” to any of the three categories. The three-judge panel consequently found what they considered a more appropriate legal standard in the four-point test from United States v. O’Brien (1968).

In O’Brien, the Supreme Court ruled that the federal government did not violate the Constitution by punishing people for burning their draft cards in protest.

The Court arrived at its decision by applying a test determining a government regulation to be constitutional if it is:

The circuit court determined that the policy on uniforms met all elements by advancing an important government interest without having as its goal the suppression of speech.

The policy only incidentally restricted expression because students could “express their views through other mediums during the school day.” Although the Fifth Circuit upheld the district court ruling, it disagreed with the lower court’s decision that a person’s clothing does not have enough expressive content to warrant First Amendment protection.

“While a person’s choice of clothing may be predicated solely on considerations of style and comfort,” Parker noted, “an individual’s choice of attire also may be endowed with sufficient levels of intentional expression to elicit First Amendment shelter.”