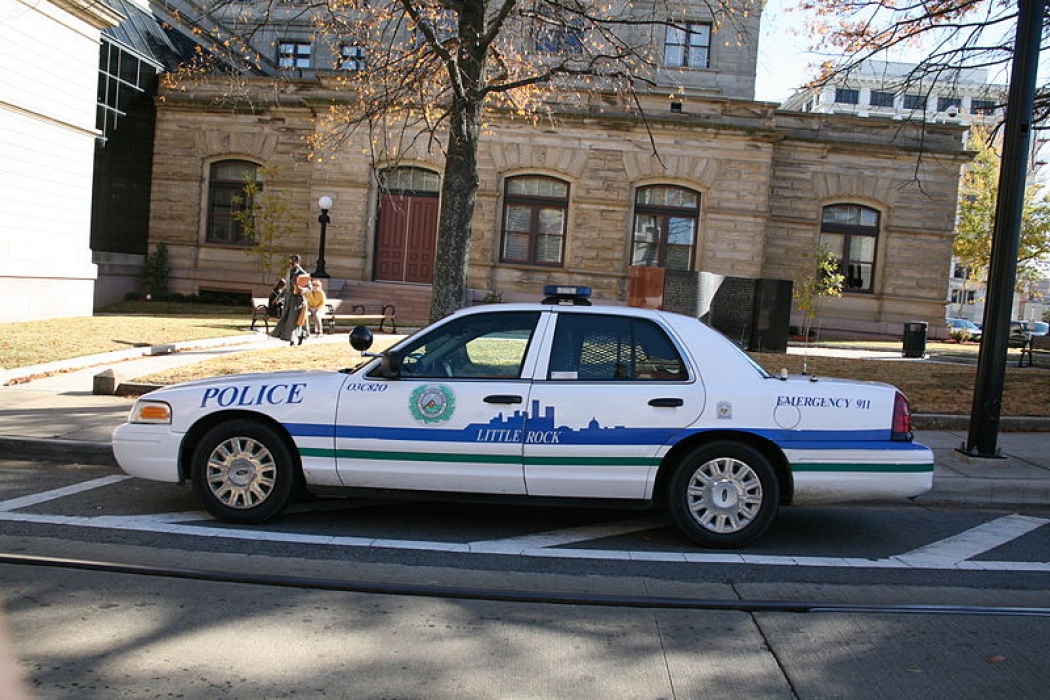 A North Little Rock, Arkansas, police officer was on patrol when individuals made derogatory comments to him, resulting in arrest and convictions for breach of the peace. The Supreme Court in the 1974 case Lucas v. Arkansas vacated the convictions, and remanded the case in light of its rulings about overly broad breach of peace laws. (Photo of Little Rock patrol car by Little Rock Police via Wikimedia Commons, CC BY 2.0)

The single-sentence Supreme Court decision in Lucas v. Arkansas, 416 U.S. 919 (1974), vacated and remanded this case, along with Kelly v. Ohio, Rosen v. California, and Karlan v. City of Cincinnati, to a state court for further consideration in light of the Court’s opinion in Lewis v. City of New Orleans (1974).

Lewis had overturned a New Orleans ordinance on the basis that it violated the First and Fourteenth Amendments by being overbroad in its attempt to prohibit vulgar and offensive speech and “fighting words,” as recognized in Chaplinsky v. New Hampshire (1942) and Gooding v. Wilson (1972).

Individuals had been arrested for making derogatory comments to a policeman

In Lucas, individuals had been arrested and convicted for breach of the peace after directing several derogatory comments to a North Little Rock, Arkansas, policeman who was on routine patrol.

The Supreme Court of Arkansas confirmed the convictions.

He further disputed the relevance of the decisions in Cantwell v. Connecticut (1940) and Terminiello v. Chicago (1949), which Justice William O. Douglas cited in his separate dissent in Karlan.

Douglas’s dissent, which applied to all four cases, favored overturning all the convictions on the basis that the laws under which they were justified were overly broad by including speech that was merely “vulgar” or “profane” along with genuine fighting words.