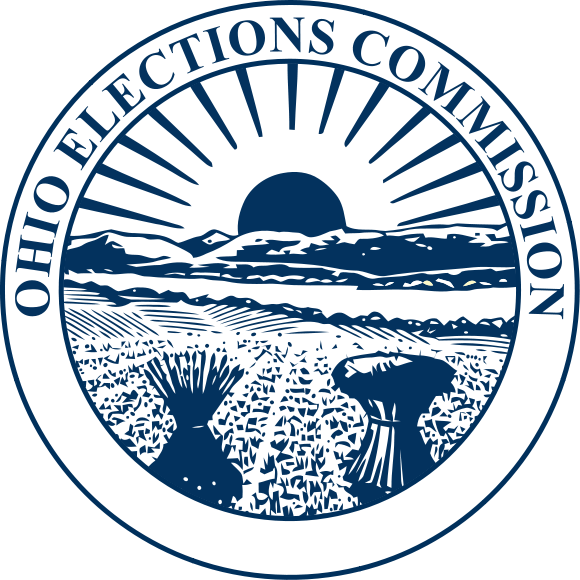 In McIntyre v. Ohio Elections Commission (1995), the Supreme Court ruled that an Ohio statute requiring identification of authors on all election- and issue-related publications violated the First Amendment by unduly restricting the ability of individuals to disseminate their views anonymously. (Logo of the Ohio Elections Commission via Wikimedia Commons, public domain)

In McIntyre v. Ohio Elections Commission, 514 U.S. 334 (1995), the Supreme Court ruled that an Ohio statute requiring identification of authors on all election- and issue-related publications violated the First Amendment by unduly restricting the ability of individuals to disseminate their views anonymously.

The case arose when Margaret McIntyre (who had died by the time the case reached the high court) distributed leaflets advocating the defeat of a proposed school tax levy and signed it “Concerned Parents and Taxpayers.” She was fined $100 for violating an Ohio code that prohibited the distribution of campaign literature that does not contain the name and address of the person or campaign official issuing it. The Court of Common Pleas reversed the fine, but the Ohio Court of Appeals and the state supreme court reversed and affirmed the fine.

The U.S. Supreme Court reversed the fine 7-2. In his majority opinion, Justice John Paul Stevens noted that the practice of publishing anonymously was part of the American political tradition and deserved First Amendment protection. Accordingly, any statute purporting to protect a state’s interest while burdening an individual’s First Amendment right to be anonymous must be narrowly tailored because it serves to regulate the content of the message as applied and is subject to strict judicial scrutiny.

In his concurring opinion, Justice Clarence Thomas found that a review of the practices of the founders and their contemporaries regarding anonymous publications compelled a result in favor of McIntyre. He provided a detailed account of how the events he selected demonstrated that “Founding-era Americans” opposed attempts to require anonymous authors to reveal themselves in newspapers. Justice Thomas later attempted to embed this analytical method by citing himself in his dissent in McConnell v. Federal Election Commission (2003) to support his view that election law disclosure requirements should be unconstitutional when based on similar grounds as the statute at issue in McIntyre.

Justice Ruth Bader Ginsburg saw this decision as a mundane application of First Amendment principles. However, her concurring opinion suggested that states have the opportunity to craft laws that may properly require the speaker to reveal one’s identity — without providing any guidance as to what that law might look like.

Dissenters said Court should have deferred to state law

Justice Antonin Scalia’s dissent, joined by Chief Justice William H. Rehnquist, found that the Court should have deferred to state law and posited that the majority opinion had actually created the right to be anonymous. His dissent found that the law did not regulate content but merely required identification of the speaker. Justice Scalia also found that the law focused more on the mechanics of the electoral process and therefore was within the state’s compelling interest because the author of the document would be required to reveal his or her name, making it less likely that the author would lie. Such information would make it easier for the public to evaluate the veracity of the author. The dissent also predicted that the opinion would open the floodgates to litigation at the state and federal levels attacking any law requiring disclosure of anonymous speakers in the political forum.

States scrambled to change their disclosure laws in light of the McIntyre opinion. In Doe v. Mortham (1998), the Florida Supreme Court used the reasoning in McIntyre to fashion a narrower construction of the state’s disclosure law to save it from being unconstitutional. The decision is important because it reaffirms the principle of Talley v. California (1960) that the First Amendment provides much protection for anonymous speech.