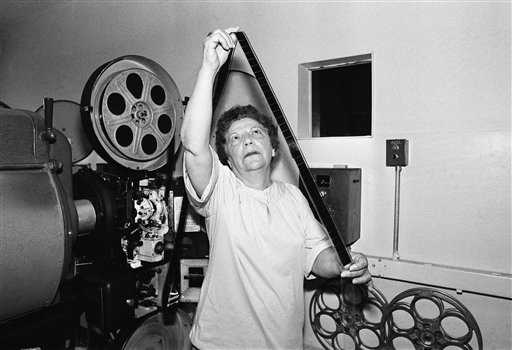 Mary Avara, chairwoman of Maryland's movie censor board, examines a piece of film in the board's screening room in 1979. In 1952, a Texas man was convicted for showing a film after a similar censor board in Marshall, Texas, prohibited it. The Supreme Court in Gelling v. Texas overturned the conviction. (AP Photo, with permission from the Associated Press)

The Supreme Court per curiam opinion in Gelling v. Texas, 343 U.S. 960 (1952), reversed a Texas court decision upholding the conviction of W. L. Gelling, who showed an unnamed motion picture after the Board of Censors of Marshall, Texas, prohibited it.

For its unanimous decision, the Court simply relied on its First Amendment precedents in Burstyn v. Wilson (1952) and Winters v. New York (1948).

In a brief concurring opinion, Justice Felix Frankfurter said the law violated the due process clause of the Fourteenth Amendment because of its “indefiniteness.” In a separate concurrence, Justice William O. Douglas further tied the actions of the Texas censors to the “evil of prior restraint,” which the Court had condemned in Near v. Minnesota (1931) and in Burstyn.