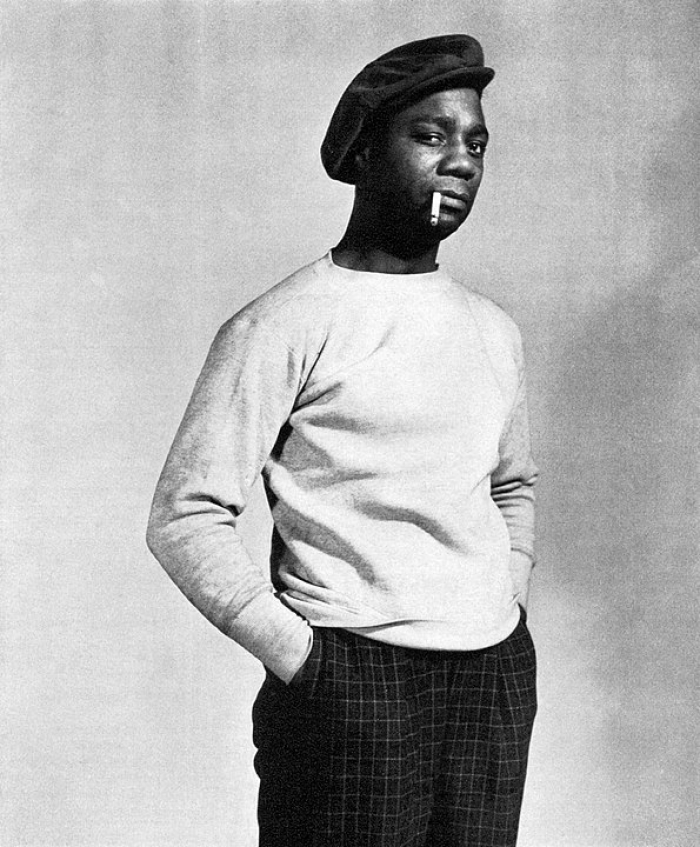 Superior Films v. Department of Education (1954) went to the Supreme Court over an Ohio licensing law that allowed government administrative agencies to refuse licenses to show movies they considered objectionable. The case concerned a movie based on Richard Wright's Native Son, a book about a black youth living in poverty in the 1930s. The Supreme Court overturned such licensing laws as an infringement on First Amendment rights of free expression. This publicity photo from a Broadway production of Native Son shows the main character Bigger Thomas, played here by Canada Lee. (Image via Wikimedia Commons, public domain)

In Ohio, the showing of a movie based on Richard Wright’s Native Son  had been prohibited, whereas in New York approval had been denied for a movie entitled La Ronde.

The Court’s single-sentence opinion cited the Court’s ruling in Burstyn v. Wilson (1952), in which the Court struck down a state law restricting “blasphemous” films.

Justice Douglas said books, television, movies should be free from prior restraint

Douglas tied the Court’s ruling to its decision in Near v. Minnesota (1931), applying the presumption against prior restraint of newspaper publication to books, theater, television, and movies. “In this Nation every writer, actor, or producer, no matter what medium of expression he may use, should be freed from the censor,” he wrote.